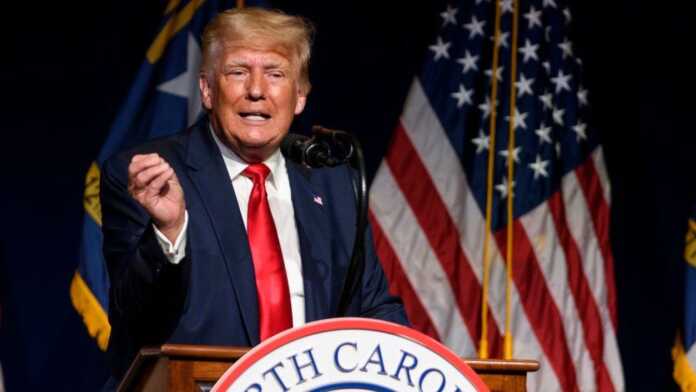 Former President Donald Trump, on Tuesday, commended Nigeria for banning Twitter and said more countries should do the same.

Nigerian government banned Twitter last Friday after the app deleted a controversial comment made by President Muhammadu Buhari, in which he made reference to the Nigerian Civil War. Many Nigerians described it as distasteful.

Trump commended Nigeria for the recent action in a statement on Tuesday.

Trump’s statement starts with a “congratulations” to Nigeria for banning Twitter and said, “More COUNTRIES should ban Twitter and Facebook for not allowing free and open speech.”

“In the meantime, competitors will emerge and take hold,” Trump continues. “Who are they to dictate good and evil if they themselves are evil?”

“Perhaps I should have done it while I was President. But Zuckerberg kept calling me and coming to the White House for dinner telling me how great I was. 2024?’

Facebook recently upheld Trump’s ban on that platform, and the blog page he was recently using to post his statements is no more.