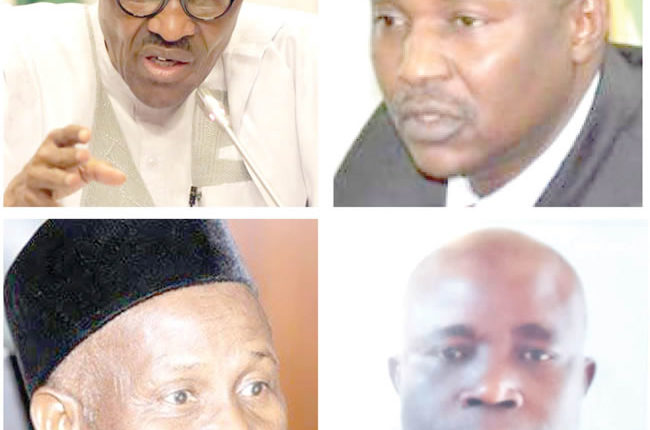 In an op-ed to make a case for the justice sector, Ahuraka Isah, of the media office of the CJN speaks to financial issues and responses from the Buhari administration.

With less than a year and a half, for President Muhammadu Buhari to hand over to another democratically-elected President of Nigeria, the vital question making the rounds in the justice sector, is whether he can still review judges’ salaries and allowances before completing his tenure

On February 1, 2016 at far away Addis-Ababa during a town hall meeting he held with some Nigerians living in Ethopia, President Buhari said as far as his administration’s ongoing anti-corruption fight was concerned, the nation’s judiciary remained his major headache.

He said the fight against corruption in Nigeria could only be effectively tackled with the strong support of the judiciary. Again, he promised far-reaching reforms of the judiciary as a key priority for his administration

While also speaking on November 25, 2019 in Abuja at the opening ceremony of the 2019 biennial All Nigeria Judges Conference of Superior Courts, President Buhari demanded for ‘urgent’ judicial reform, seeking efficient ‘Special Crimes Courts’. The president said he was not unaware of the challenges facing the judiciary, over which he said he had discussed with the Chief Justice of Nigeria, Justice Ibrahim Tanko Muhammad.

“The government has been committed to a number of justice sector reforms such as review of extant laws and enactment of new laws that will improve the lives of Nigerians.

Barr Onikepo Braithwaite, Editor of Thisday Law Page, in her column of Tuesday January 4, 2022, wrote, ‘’I expect that the first thing on the 2022 agenda, as far as administration of justice sector by this Government is concerned, is an increase in the salaries, allowances and conditions of service of judicial officers…’’

About two years back, the Minister of Justice and the Attorney- General of the Federation (AGF), Abubakar Malami (SAN) disclosed that the Federal Government had constituted a committee to review salaries and other benefits of the judicial officers in the country. Precisely, Malami made this known in the speech he delivered at the special session of the Supreme Court to mark the beginning of the new legal year and conferment of the rank of Senior Advocate of Nigeria held on Monday September 23, 2019.

According to him, the setting up of the panel came after the meeting he had with the Chief Justice of Nigeria (CJN), Justice Ibrahim Tanko Muhammad on the review of judicial salaries and conditions of service. The committee, the AGF said, would consult with the heads of courts and other stakeholders in order to come up with recommendations to ensure that the welfare of judicial officers reflect current realities.

Although Malami didn’t disclose when the panel was set up and who the members were, he said then that the report of the committee was being expected and would be concurrently used to upwardly review the judges’ salaries as soon as possible.

‘’Similarly, based on a presidential mandate and a meeting held between My Lord, the Chief Justice of Nigeria and the Hon. Attorney General of the Federation, the Committee on the Review of Judicial Salaries and Conditions of Service was constituted.

‘’In coming up with its recommendations to ensure that the welfare of our noble judicial officers reflect current realities, the Committee consulted with all Heads of Courts and other stakeholders. I can assure this noble gathering that the efforts of the Committee will soon materialize for the good of our dear country,’’ AGF stated.

Malami again, on April 12, 2021, promised that the salaries of judges and other judicial officers across the country would soon be reviewed. He made this known during an interview with newsmen at the commissioning of Sokoto State High Court of Justice Complex

So far, neither President Buhari’s promises nor that of the AGF on the review of judges’ salaries and allowances have been fulfilled. Except if the Federal Government’s effort with respect to the subject matter is shrouded in secrecy, there’s nothing to indicate that something is being done about it. But they still have ample time and opportunity to make it happen this year.

From all indications, the salaries and allowances of Nigerian judges at the Federal and State levels have remained static for nearly 15 years till date.

Besides, findings have also shown that the total number of Judges at the Federal and State Judiciary Services in the entire country which stood at 1062 in 2015 only moved to 1067 in 2019, 1071 in 2021 and currently standing at 1129. Records also showed that the 1129 judges in the country are made up of 283 and 846 Federal and State Judicial Officers (Judges) respectively.

These figures also include the recent appointment of four additional Judicial Officers to bring the Supreme Court Bench to 20.

It should be borne in mind that appointments of Judges, whether at court of first instance or appellate courts are made pursuant to vacancies often created due to retirement, death or otherwise.

The last time salaries of judges were reviewed in the country was by the ’’Certain Political, Public and Judicial Office Holders (Salaries and Allowances, etc.) (Amendment) Act, 2008’’ which came into force on February 1, 2007.

This law which repealed similar Act of 2002 to increase Judges’ basic salaries, allowances and fringe benefits in 2007 has not been reviewed, and as such judges have been earning same take home pay since 2007. It has to be understood that there is no senior, junior or probating judges within the same court of coordinate jurisdiction. Judges are only promoted from lower to higher court, like from the High Court to Court of Appeal and to the Supreme Court if there are vacancies occasioned by retirement, resignation or removal. Hence, a judicial officer who was elevated to the Supreme Court Bench in 2008 has been earning same salary, since then.

The Act also dictates the allowances and fringe benefits payable to the judicial officers at the Federal and states which are even predicated on the annual basic salaries on percentage basis. The law names such allowances to include accommodation, Utilities, domestic staff, entertainment, medical, security, furniture, personal assistance, motor vehicle loan, severance gratuity and retirement benefit Others, are leave allowance, motor maintenance and fuel, hardship, newspaper, estacode duty tour, outfit and special assistant allowances.

The Act says the accommodation, medical, security and special assistance allowances and benefits won’t be paid but provided by NJC. Furniture allowance is paid every four years, while the leave allowance is earned once in a year. The car loan facility is optional; it is a benefit noticed more in the papers than the beneficiaries, according to a serving judge who doesnt want to be named.

While the CJN earns $2000 estacode when he travels, other Supreme Court Justices and the President of the Court of Appeal earns $1300 of estacode each. Others earn between $600 and $1100 estacode each. Judges’ retirement benefits from CJN down the line are based on scheme of service

These earnings are however, according to the Act exclusive of tax. By the time the basic salary, allowances and fringe benefits are posted, the CJN and other Justices of the Supreme Court receives monthly salary alert of N480, 766.89 and N751, 000 in their bank accounts respectfully. The CJN’s net monthly salary is even lower than his brother Justices because of deductions made on account of other monetary and material provisions such as food items, which are provided to him by the Federal Government.

Contrary to media reports speculating various figures the nation’s Judicial Officers earn annually, from NJC’s records, judges all over the country at the Federal and States’ Judicial Service earned a total of N8, 654,954,541.97 or N8.7 billion, when their numbers stood at 1071.

The Court of Appeal in the same 2015 appropriation got N11.10b, which was made up of N1.214b consolidated salary of Justices of the Court of Appeal, N2, 699b personnel, N4.699b Overhead (including Election Tribunal) and N2.496b capital. These are the patterns of disbursement with the Federal High Court, Federal Capital Territory High Court, National Industrial Court and Customary Court of Appeal (FCT) that got N12.1b, N7.0b, N5.6b and N3.05b respectively.

It means that the salaries and purchasing power of Nigeria Judges and their counterparts abroad and in some African countries are wide apart.