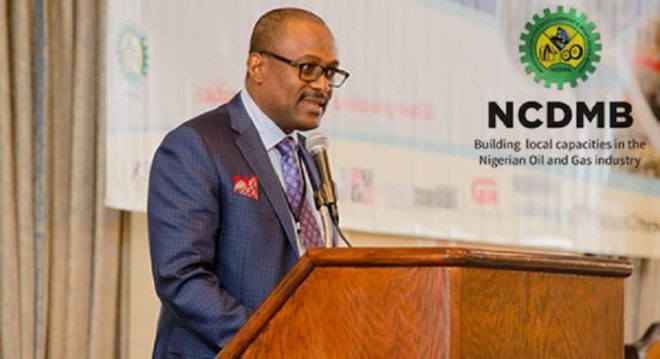 The Senate on Wednesday upbraided management of the Nigerian Content Development and Monitoring Board (NCDMB) over an alleged breach of local content laws being carried out by SAIPEM in the execution of the $10billion Train 7 gas project.

SAIPEM (S.P.A), is an Italian Multinational Oil Field Services Company serving as the principal contractor involved in executing the Project.

The Senate Committee on Local Content chaired by Senator representing Oyo Central, Teslim Folarin had summoned the management of the NCDMB sequel to a petition against SAIPEM for alleged violations of local content laws in the execution of the $10billion gas project contract.

Senator Folarin who spoke at the commencement of the sitting before the Committee dissolved into a closed-door session with the NCDMB management led by its Executive Secretary, Engineer Simbi Wabote, said the Senate Committee was not satisfied with explanations given before it at its last interface with SAIPEM.

He said: SAIPEM appeared before this committee in December last year on alleged violations of local content laws in the execution of the $10billion Train 7 Project without any convincing defensive submissions.

“The management of the construction firm failed to defend any of the allegations made against it by the petitioners as far as adherence to local content laws is concerned.

“Failure of SAIPEM to speak convincingly to the petitions, led to the appearance of management of NCDMB before us today being the regulatory agency monitoring the implementation of the local content laws.”

Speaking with newsmen at the end of the closed-door meeting, Deputy Whip of the Senate who incidentally is the Vice Chairman of the Committee, Senator Aliyu Sabi Abdullahi said NCDMB has been told to return to meet the Committee next week.

“Submissions made by the Executive Secretary of NCDMB before the committee at the closed-door session were not only unsatisfactory but grossly lacking in facts and figures.

“In ensuring thoroughness on the investigation of allegations made against SAIPEM and by extension, regulatory negligence on the part of NCDMB, the committee has directed the agency to reappear before it next week Tuesday.

“We are being cautious in coming up with a report on the investigation because issues involved are very sensitive to the Nation’s economy and development.”