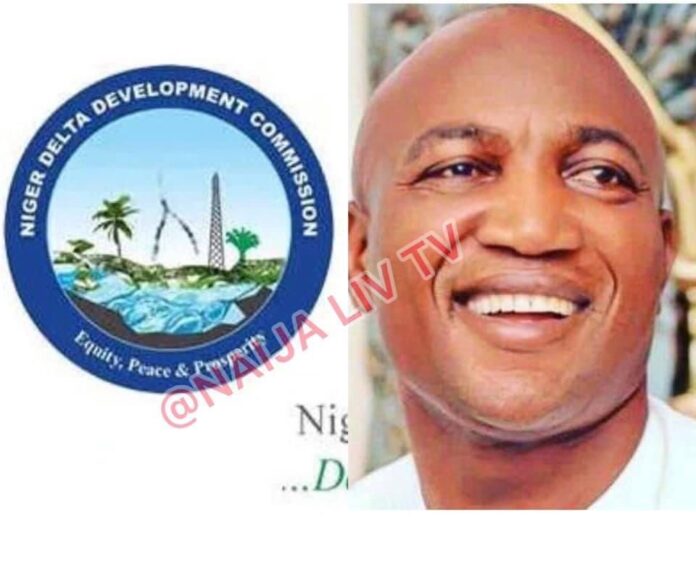 There are strong indications that the much-awaited Board of the Niger Delta Development Commission (NDDC) will be constituted next month of August.

NAIJA LIVE TV findings show that the top job at the NDDC will go to the former APC governorship candidate in Bayelsa State, Chief David Lyon.

The Bayelsa-born politician has been penciled down to become the Managing Director of the interventionist Commission. Lyon hails from Southern Ijaw local government area of Bayelsa State.

In the same vein, Dr. Bernard Okumagba from Delta State has been tipped for the position of Chairman of the NDDC given the fact that it is the turn of Delta to fill the chairmanship position of the Board.

Others on the list as members of the NDDC Board include Chief Osamuyi Graham Igbinidu from Edo State as Executive Director, Projects. Mr. Otobong Ndem from Akwa Ibom is nominated as the Executive Director, Finance and Administration, while Mr. Saturday Uwuilekhue, Mr. Deyanbofa Dimaro, among others are also Board members from the oil producing states of the region.

NAIJA LIVE TV recall that NDDC was established in the year 2000 by former President Olusegun Obasanjo as part of efforts to develop the Niger Delta region due to the cries of marginalisation and neglect of the oil-rich region.

Stakeholders are of the view that the NDDC Act states that the position of the Board chairman shall rotate in an alphabetical order amongst the nine member-states.

The first chairman of the Board was Chief Onyema Ugochukwu from Abia State who was succeeded by a candidate from Akwa Ibom State and thereafter by Air Vice Marshal Larry Koinyan (rtd) from Bayelsa State.

Senator Victor Ndoma Egba (SAN) from Cross River State was the last to occupy the position of chairman from 2016 to 2019.

The sorry situation of the NDDC under different interim arrangements had attracted national attention, hence the agitation for the constitution of a substantive Board as provided by the law establishing the Commission.