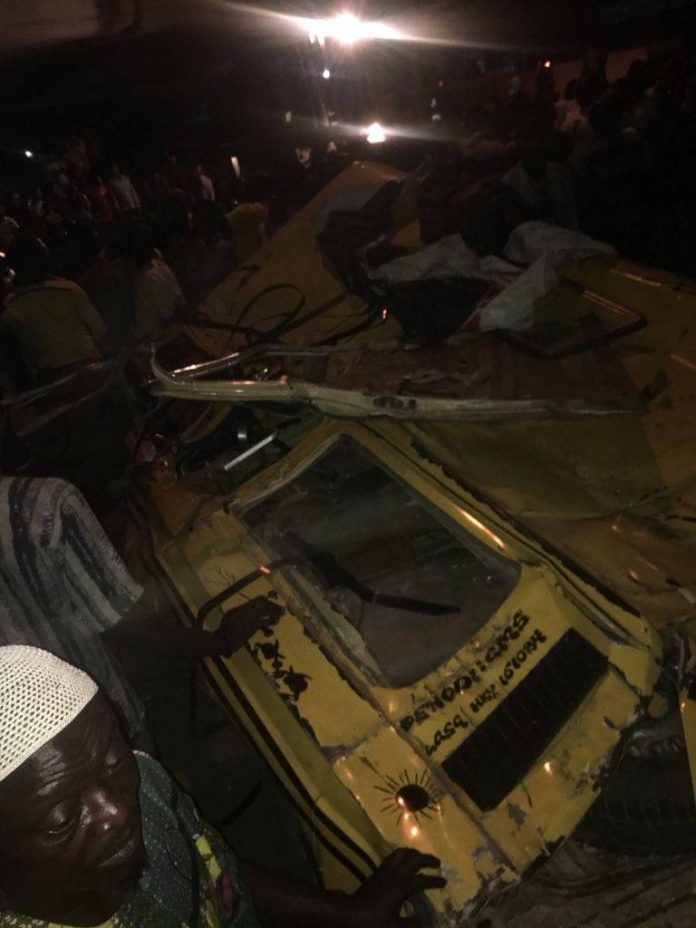 A truck carrying wooden boards veered off its lane on the bridge at Ojuelegba, Tuesday evening – It broke the borders of the bridge, empting its contents onto the road below. According one eye witness who shared the news on Twitter, the load nearly flattened a bus and at least one other vehicle, a Toyota Camry and hit many bystanders.

The Twitter user, Segun Akande says the Lagos state Emergency agency and other emergency services arrived at the accident scene minutes later to savage the situation.

See what he wrote below;

It is not known at the moment the number of casualties but we would bring you updates as it develops. 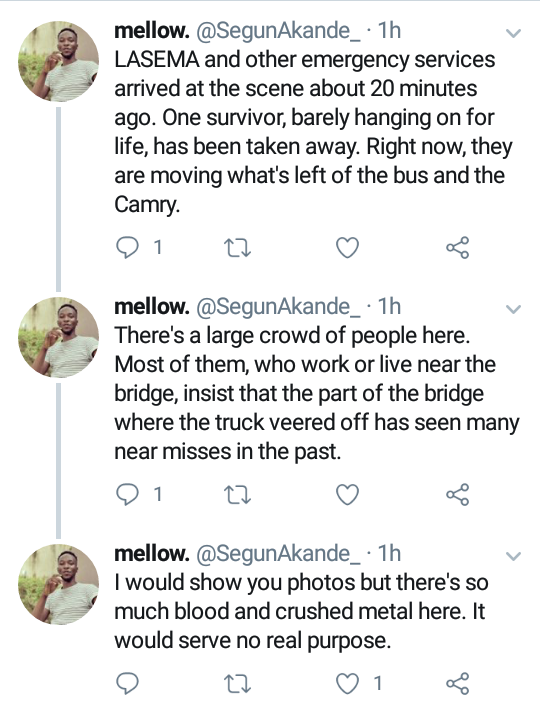 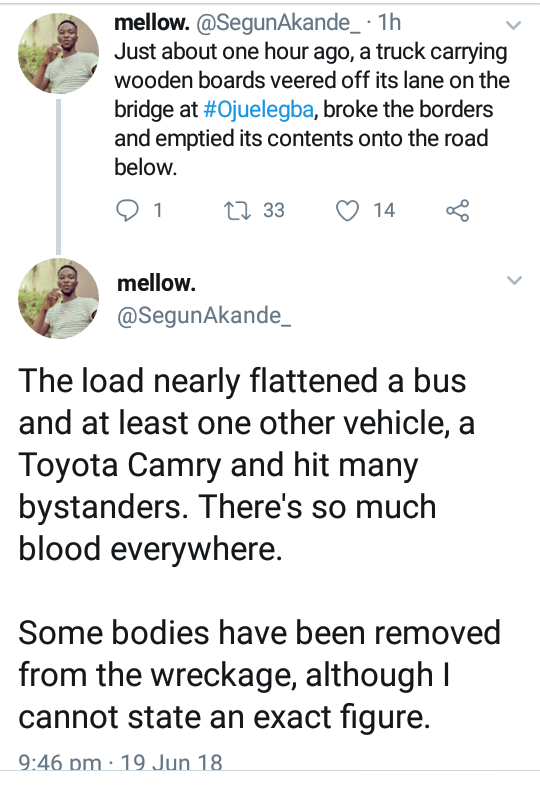