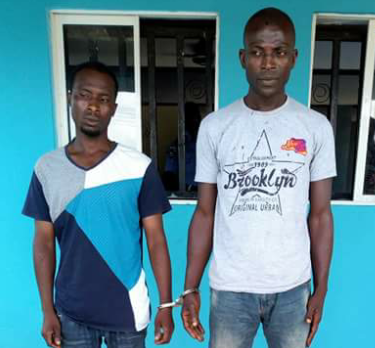 In furtherance of the Inspector-General of Police, IGP Ibrahim K. Idris NPM, mni, directives of mopping-up arms and ammunition from unauthorized persons, the Bayelsa State Police Command has arrested a gun runner and recovered an AK47 rifle and two Barreta pistols.

In a coordinated covert operation, detectives from the Anti-Cultism Unit and the State Intelligence Bureau, Bayelsa State Police Command, lured a notorious gun runner one Markus Akassa ‘m’ 45years, from Ekeremor Local Government Area of Bayelsa State, under the guise of purchasing arms from him. The gun runner was arrested with one Ekioyoufegha Agge ‘m’ 34 years from Oboro Town, in Delta State, who usually introduces him to buyers. 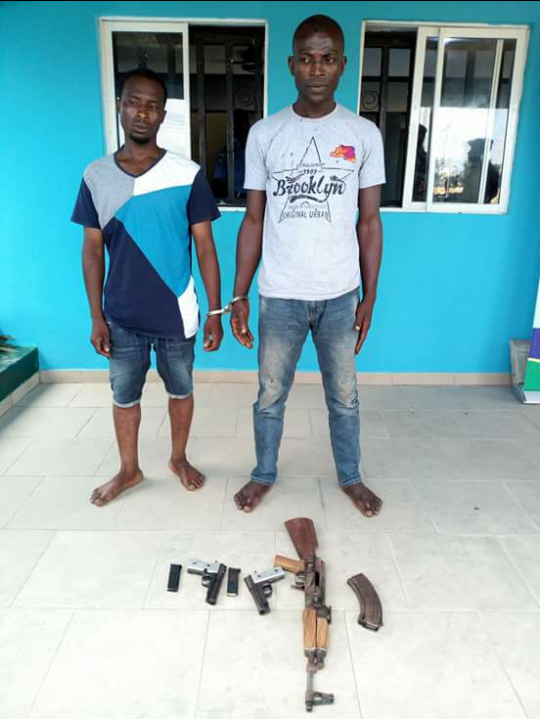 They were arrested on 16 June, 2018, at about 1400hours, at a hotel at Akenfa three, Yenagoa, Bayelsa State and the following arms were recovered from them; one AK47 riffle and two China made Barreta pistols.

Investigation is ongoing to recover some of the guns he earlier sold and arrest the buyers. The command appeals to members of the public to avail the police with useful information that may lead to recovery of arms from unauthorized persons.