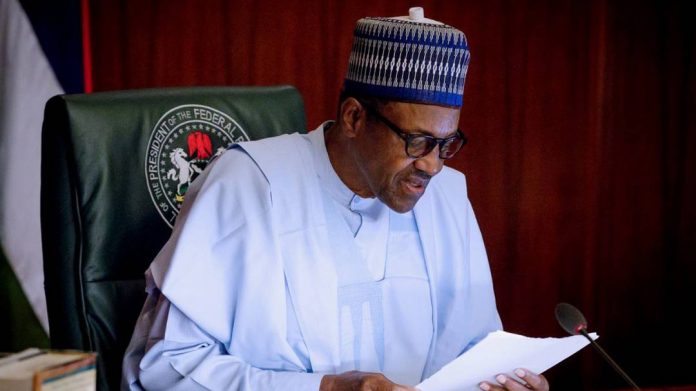 President Muhammadu Buhari on Wednesday gave approval for the appointments of 12 justices of the Court of Appeal, nine for the Federal High Court and seven for the Court of the Federal Capital Territory.

Mr Soji Oye, the Director of Information for the National Judicial Council (NJC) stated this in a statement in Abuja.

He said the president’s approval followed a recommendation by the Council for the judicial officers to be elevated to their new positions.

He listed the 12 justices approved for the Court of Appeal to include P. A. Mahmud, F. O. Ojo, I. A. Andenyangsto, G. O. Kolawole, B. B. Aliyu, and Ebiowei Tobi.

He gave the names of others to include Mobolaji Olajuwon, Aminu Aliyu, Tijjani Ringim and Nkeonye Maha.

Oye said while the Justices of the Court of Appeal would be sworn-in by the Chief Justice of Nigeria, Justice Watlter Onnoghen on June 22, their counterparts at the Federal High Court would take their turns on June 25.

He said the CJN would complete the exercise by swearing-in the approved judges for FCT court on June 26.

Oye said swearing-in ceremonies would all be conducted at the Main Hall of the Court Room of the Supreme Court at 2:pm prompt on the allotted dates.