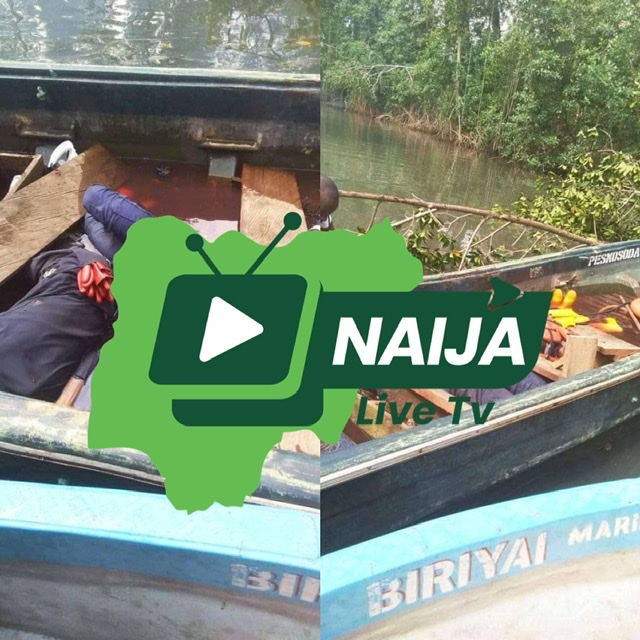 Suspected Sea pirates at the early hours of Sunday launched multiple ambush on some Workers with the Nigerian Agip Oil Company (NAOC) in Okoroma and Ogbokiri –Akassa communities of Nembe and Brass Local Government areas of Bayelsa State.

The gunmen reportedly shot dead two workers of the Nigerian Agip Oil Company and a personnel of the Nigerian Security and Civil Defence Corps (NSCDC). The driver of their boat, who is an indigene of Okoroma community is still declared missing by the locals.

In the ambush that occurred at Ogbokiri-Akassa in Brass Local Government area, six Nigerian Oil workers who were busy doing maintenance job close to their platform were abducted and taking away.

The Agip oil workers and their security personnel were attacked at about 6am on Sunday while working close to a Manifold in Bayelsa.

The spokesman of the NSCDC, Bayelsa command, ASC1 Ogbere Solomon, who confirmed the incident, said only one personnel of the command died in the ambush, while two others who were missing have been found and are currently receiving treatment at the Federal Medical Centre in Yenagoa, the State capital.

“Yes, our officers were ambushed and attacked by some unknown pirates while on their lawful duty of providing protection to some Agip oil Workers close to Obama manifold in Okoroma community of Nembe Local Government. One personnel was killed while the other two that were missing have been found and are responding to treatment.”

The Youth President of the Okoroma Clan, Comrade Tarinyu Joseph, also confirmed the incident to NAIJA LIVE TV on phone and said the indigenes of the community have mobilized and recovered the corpses of those killed and have taken those injured to the Hospital. He also confirmed that the boat driver, who he identified as his brother, is still missing.

While some indigenes of the Okoroma community blamed the Nigerian Agip Oil company (NAOC) for being insensitive to issues of security of the lives of the oil workers. They claimed the company have refused to hire gunboats to protect oil workers while on official works along the waterways and creeks of the state.

Others blamed the rise in sea pirate attacks and ambush on the refusal of the indigenous security surveillance contractor’s refusal to pay the youths working with his company and have also allegedly refused to the NSCDC personnel attached to the company for the last eight months.

It was gathered from community sources that the unidentified gunmen have vowed to continue terrorizing the waterways and creeks of Bayelsa until outstanding payments due them are paid by relevant security companies working with the Nigerian Agip Oil Company.

Already, indigenes of Nembe and Brass Communities have started raising awareness and warning fellow indigenes of the danger of travelling home amidst the rising insecurity.

According an indigene of Okoroma, who pleaded anonymity, warned that “I will advise the Nembe to Twon or Nembe to Okpoama is becoming preferable. Or better follow the local boats from Nembe. Just yesterday 27/11 /2021, as reported Pirates or Militants or whatever attacked Agip workers at a Manifold in Obama killing all 7 workers and two civil defence and the driver of the boat still missing”.
“Am getting reports Last night they struck again at Ogbokiri Akassa Kidnapping 6 workers doa Jetty maintenance job.I forgot to mention earlier this month they kidnapped two persons at imbikiri Twon and kidnapped another two the following week at same imbikiri.The festive seasons are here again. Travel safely and if you will take my advice the Local boats from Nembe will be safest”