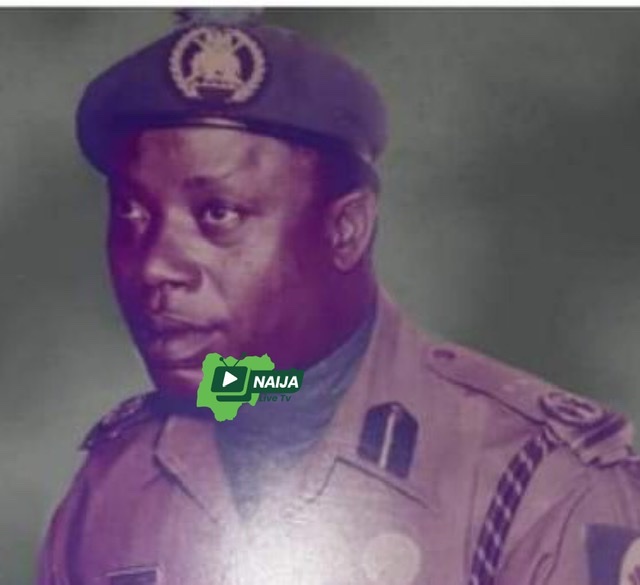 Mr Kayode Uaneroro. He was the police officer who arrested the notorious armed robber, Lawrence Anini in the late 1980s. Kayode was the commandant at the MOPOL Training School at Gwoza when it was suggested to then Inspector General of Police(IGP), Etim Inyang, that if they were serious about getting Anini, Kayode was to be detailed for the task.

Standing at over six feet, dark and ripling with muscles with a no-nonsense visage, Kayode apart from being a crack Police detective also had a black belt in Karate. He had had many encounters with armed robbers and many had paid dearly. He was naturally the man to go after Anini who had become a kind of National embarrassment.

In a couple of weeks and acting on intelligence, Kayode and his ten man team of crack policemen working in mufti but heavily armed stormed into a Benin City house where Lawrence Anini was hiding. The latter wasn’t expecting the Police. He was shot on his left ankle by Kayode and immobilized. That was the end of the reign of Lawrence Anini and the national embarrassment he orchestrated also was terminated.

Shortly after that Kayode left the Police service and became the Chief Security Officer (CSO) of a top bank. At that time we had become neighbours in the Akoka area of Lagos. He was a jolly fellow, a perfect gentleman and giant and rarely talked of his escapades in the Police. He humorously referred to his licenced personal rifle as ‘Bomboy’. He would ask his son to fetch ‘Bomboy’ whenever he sensed that armed and dangerous rascals were in the neighborhood. Anywhere he was and no matter the time, Kayode was always prepared for action. He didn’t allow ‘Bomboy’ to be too far away.

Kayode eventually studied Law and opened a private Law office in Ebute-Metta area of Lagos and practiced Law till his demise.

May he find rest. May his memory always be a blessing for all those who knew him. A great warrior he was.

Deputy Superintendent of Prisons arrested for armed robbery in Enugu

Pension gap between FG and states’ workers widens …As...