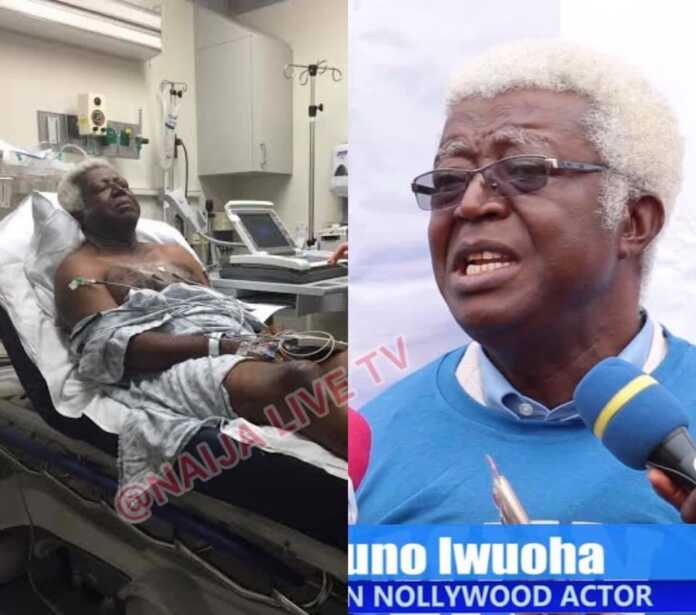 Veteran Nollywood actor, Chief Bruno Obinna Iwuoha, has passed away after many months of battle with diabetes and glaucoma.

According to multiple reports, the AMA awards recipient had been in coma at the National Hospital, Abuja for about three weeks.

He passed away on Saturday, April 10.

Iwuoha’s remains had been deposited at the hospital mortuary.

The late Iwuoha featured in several movies including Magic Cap, Occultic Battle, Fire on the Mountain 2, Royal Promise and The Cross of Love, among many others.

Veteran actor, Pete Edochie advices women on how to handle their cheating husbands