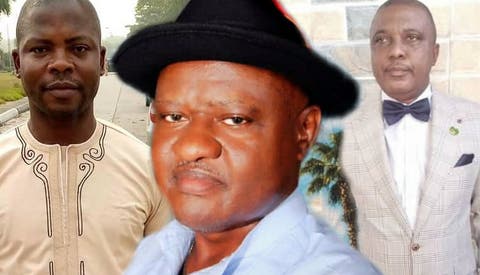 Pan Niger Delta Forum, Nigerian Bar Association (NBA) and Delta-based Centre for Human Rights and Anti-Corruption (CHURAC), on Friday, took a swipe at the Governor Bello Mohammed Matawalle and northern leaders for threatening to retaliate alleged attacks on Northerners in the south.

The groups in exclusive chats with Saturday Tribune described the threats as not only unfortunate and reprehensible, but irresponsible and capable of further heating the already fragile polity gasping for breath under insecurity.

National Publicity Secretary of PANDEF, Hon. Ken Robinson who specifically described the statement as unfortunate, labelled the governor and his co-travellers an enemy of peace.

“It is rather most unfortunate and that the governor of Zamfara State, Mr Matawalle, would make such an irresponsible statement.

“We’ll ignore that of northern elders because the nation is used to their unguarded utterances but for a governor to make such a reckless declaration is completely preposterous.

“And it conveys how awful the nation’s political leadership has deteriorated, where self-seekers are thrust into hallowed positions, instead of patriots who would pursue national concord, particularly, at a moment like this when the country is facing daunting socio-economic challenges.

“By the reported statement, Governor Matawalle has shown himself as an enemy of peace, for reasons best known to him and his co-travellers.

“It would be needless to ask Governor Matawalle who killing and kidnapping of innocent citizens by Bandits in his State, and other states in the North West, are intended to provoke.

“Nigeria is on the edge of a precipice, no one can tell what will come next. What is expected of leaders across the country now, especially, the elite, is to rise to the occasion and build bridges of understanding, and not to reduce themselves to ‘local wildcats,’ fanning the embers of discord and hatred, to aggravate the already precarious situation.

“Let it be known to Governor Matawalle and his likes that no section of this country can arrogate to itself monopoly of violence,” the PANDEF’s scribe warned.

In his reaction, NBA chairman, Warri branch, Emmanuel Uti Esq., said “the Zamfara State governor’s and northern elders statement is reprehensible and shows that they know who the bandits and kidnappers are,” adding that “these statements encourages the criminal elements from the north.”

National President, CHURAC, Alaowei Cleric, Esq., on his part, wondered who is attacking who when in actual fact, killer-herdsmen from the north have more deaths, rapes and maiming to their credit in the South.

“I don’t know what the north is retaliating over. People should not unnecessarily heat up the polity. I am sure they’re not planning to repeat the 1966 pogrom?

“Who is attacking who? The herdsmen that are attacking the indigenous people in the South do not concern northern leaders?

“Nigeria is already overwhelmed by the growing insecurity. Northern leaders should prevail on the herdsmen to stop their criminal activities.

“No southerner is attacking northern people in the south. We are even at the receiving end of the herdsmen’s brigandage.

“If, however, any southerner attacks these marauding Fulani herdsmen, such can be done in self-defence.

“Instead of threatening the southern people to heat up the polity, I advise northern leaders and the Zamfara State governor to call the loose herdsmen to order,”he noted.

“We are dissatisfied with your leadership” – PANDEF tells Niger Delta Minister, Godswill Akpabio