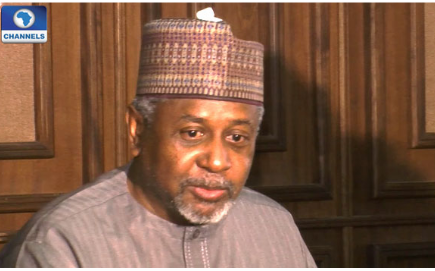 This is the sixth bail granted to the former NSA. However, he has remained in custody of the Department of State Services (DSS).

The trial judge, Justice Ojukwu on Monday described Dasuki’s continuous detention over the last two and a half years as an aberration to the rule of law and the contrition.

She, therefore, grated the former NSA bail in the sum of N200 million and two sureties.

The sureties according to her, must not be lower than grade 16 in the civil service and where they are private citizens they must be owners of landed properties in Asokoro, Maitama, Utako or Garki area of Abuja.

Also, each surety is expected to pay a sum of 100 million as bail guarantee into the court litigation account.

Meanwhile, Justice Ojukwu took a swipe at the (DSS), stating that it cannot give itself the powers to met out punishment at a person as only the court has the powers to do that at the end of a trial.