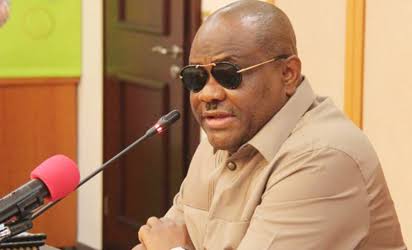 A Chieftain of the All Progressives Congress (APC) in Bayelsa State, Chief Perekeme Kpodoh has described the monumental achievements of the Rivers State Governor, Barr. Nyosome Wike in the last four years, as a model for other state governor’s to follow despite party differences.

Chief Perekeme Kpodoh, said though Gov. Wike is from the People’s Democratic Party (PDP), an assessment of his administration and others, particularly Bayelsa State, showed that Rivers State has witnessed cases of improved massive infrastructure and not abandoned projects as was the case with past administrations.

Chief Perekeme Kpodoh, who also served as Security Adviser to the Bayelsa State Government, said Gov Wike deserved all the awards and accolades bestowed on him so far for spreading projects across the local Government Areas of Rivers State.

According to Kpodoh, ” The Rivers State Government is reconstructing and furnishing 175 Primary and Junior Secondary Schools in all the 23 Local Government Areas”.

“In each of the local government areas, local contractors were engaged to execute these projects. These local contractors have in turn engaged different cadres of skilled and unskilled labour. Rural economies are also being positively impacted.”

“There is also the total rehabilitation and equpping of 13 General and Zonal Hospitals across the state. Add this to the upgrade and reconstruction of five major secondary schools in the three senatorial districts. These projects have been distributed to create jobs in different communities.”

“Across the world, infrastructure development is a known route towards quick job creation and economic generation/empowerment. The infrastructure being developed are also meeting the basic social needs of the people , such as good roads, quality hospitals and good schools.”

Kpodoh said as an APC chieftain, “it is good to say the truth. Apart from Governor Ambode of Lagos State, no other governor has shown sincere commitment to project delivery and people’s Welfare than Governor Wike. Many of the other Governor’s hide under cases of distraction and low allocation to defraud the people and abandon projects. ”

Kpodoh however, called on the Rivers State Governor, Nyosome Wike to be consistent and focus on project completion, adding “the completion of the listed projects for the first term should be completed and not abandoned like in some states.”