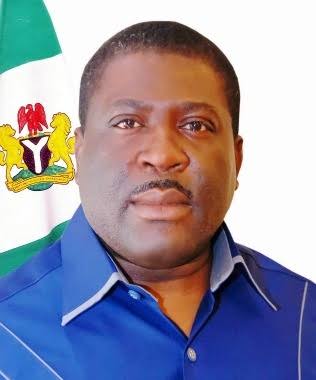 The drama in the Imo State House of Assembly over Governor Rochas Okorocha’s alleged directive to its leadership led by Hon. Acho Ihim to do everything humanly possible to kick-start impeachment proceedings against his Deputy, Prince Eze Madumere, may have suffered setback following the refusal of the majority of members to join in the fray.

According to one of the lawmakers who spoke on the condition of anonymity, he alleged that the failure of Governor Okorocha’s committee led by Hon. Luggard Osuji to raise impeachable offences against the Deputy Governor have put lawmakers into moral confusion as most of them have rejected the directive, saying that Imo populace will rise up against them should they join in the impeachment proceeding against an innocent man on mere phoney charges.

The rift between Prince Eze Madumere and Okorocha who have been associates for over two decades since early in the year was hinged on anti-people policy and Madumere’s refusal to support Governor Okorocha’s son-in-law, Mr. Uche Nwosu, for Governor and other sundry issues that bothered on policy deviation and mismanagement of sociopolitical and economy of the state.

The source also revealed that a certain experienced and vibrant Okorocha’s appointee from Orlu zone who happened to have a strong legislative experience also had tried to raise impeachable offences on Gov. Okorocha’s charge had tried but also failed, saying this may have prompted the decision of Governor Okorocha’s led faction in Imo House of Assembly to suspend lawmakers who are not in support of the impeachment project despite dangling of N50 million gratification.

In a bid to get the needed quorum to carry out the vexatious impeachment move against his Deputy, Governor Okorocha is alleged to have directed the Speaker who is his crony to suspend more lawmakers to reduce the number of needed quorum.

Members of Imo Assembly, who are said to be divided alongside Okorocha and Coalition camps with others sitting on the fence, are alleged to be using Prince Madumere’s impeachment plot as a bargaining chip, with some of the seeking Coalition’s admission into their fold so as to enable them to seek their second term bid.

It will be recalled that four lawmakers were suspended on spurious claims by the leadership of Imo state House of Assembly led by Mr. Acho Ihim occasioned by their refusal to accept N50 million gratification and to swear an oath to support Governor’s son-in-law for Governorship, a deal allegedly consummated in Governor Okorocha’s henchman, Chief Charles Amadi’s residence. This was corroborated with the testimony of Nzeruo John Nkenna, one of the lawmakers suspended by Acho Ihim-led leadership.

Our source also revealed that a certain group in the Imo Assembly is also threatening to unearth Governor Okorocha’s financial crimes against the state, claiming they have a dossier on for which Speaker, Hon. Acho Ihim played the facilitator role for paltry sum.