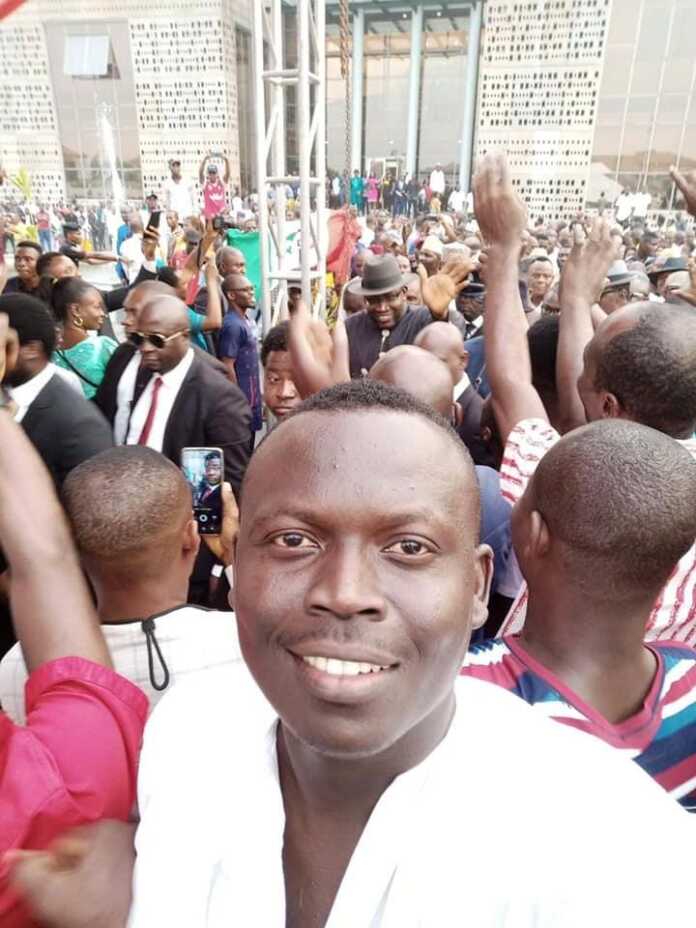 A media aide to Governor Diri Douye of Bayelsa State, Mr. Bodmas Kemepadei, has been arrested by security agents over statements considered as incitement against President Muhammadu Buhari.

Mr. Kemeppadei, who identifies himself as a blogger, film editor and an online reporter and an ardent promoter of Egbesu religion, might have played into the hands of the security operatives by posting a video critical of the President of Nigeria.

In the 28-second video, which has gone viral, Kemepadei can be heard taunting President Buhari and asking Nigerians to fend for themselves since Buhari has gone missing in action allowing insecurity to overwhelm the country.

Kemepadei said in the video: “Nigerians are no longer safe; the only person who is safe in this country is President Muhammadu Buhari. And the only reason why Buhari is safe is that he understands that Nigeria is not safe and he has therefore isolated himself.

Kemepadei, who is also identified as a loyalist of an ex-militant leader in the Niger Delta Delta region, is also captured in another post leading protest with a banner with the caption: “We seek Justice to the NDDC”.

This comes a few days after a former militant leader had given the Presidency seven days within which to constitute and inaugurate a new board for the NDDC or face his wrath.

A top security source said the Bayelsa Governor’s aide was picked for ‘using his position’ as a public officer to incite the public against the President, an act, which is likely to cause a breakdown of public peace, law and order.

“He has been picked up for questioning,” a security source confirmed to Vanguard on Wednesday but declined to give further details