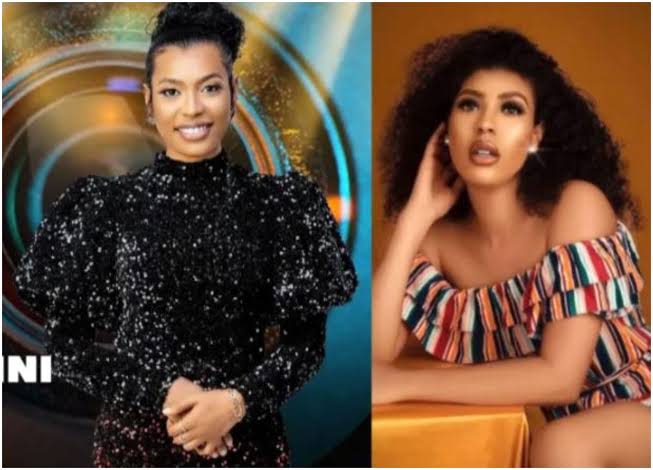 Nini said this during a conversation with Cross after the Saturday night party.

Cross had insisted that she wasn’t being her real self in the house.

According to him, Nini keeps bringing out her half side and not the full side.

“But anything you tell me, I’ll believe and can go with it. So tell me the truth have you had sex with Saga?” he said.

In response, Nini noted that she has always been her real self ever since she got into the house.

She also stated that she’s been having pregnancy scares in the house.

“Because sometimes eh, just like Mary got pregnant by Immaculate conception, I used to be scared it could happen to me,” she said.

However, when Cross asked If they had an unprotected sex, Nini in response said she’s a virgin.

“You don’t know me well enough to be sure that I’m not,” she added.

Cross further insisted that she wasn’t a virgin, adding that he won’t forgive her if he found out she was lying.