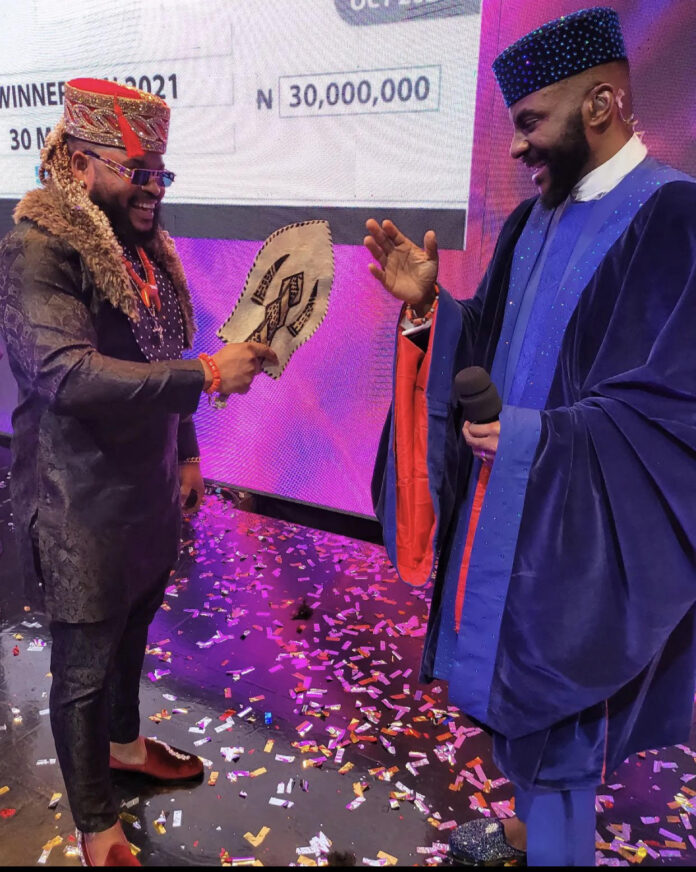 Liquorose emerged as the last female housemate and first runner up of season 6.

He defeated Cross, Pere, Angel, Liquorose and Emmanuel to claim the grand prize in the ‘Shine Ya Eye’ edition of the reality show.

Twenty-six housemates participated in the show which premiered on the 24th and 25th of July 2021.

Laycon, a well known Nigerian singer performed his hit songs on stage before the winner was announced.

BBNaija: Many women currently asking me out – Whitemoney claims