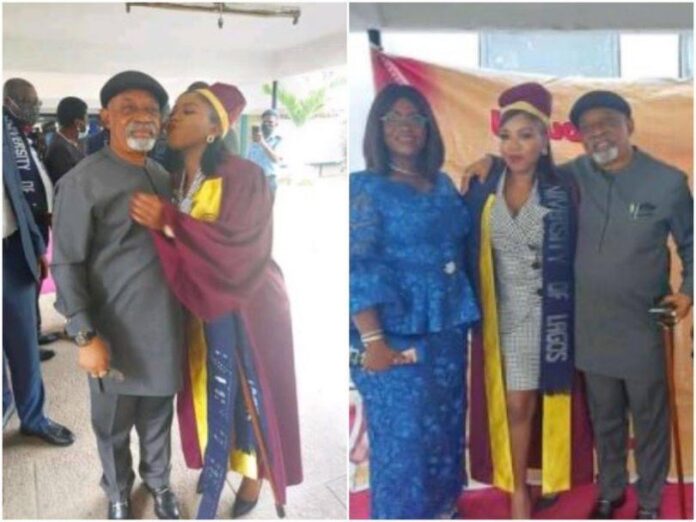 The daughter of Nigeria’s Labour And Employment Minister, Dr Chris Ngige, Marilyn Ngige, was on Friday inducted as a medical doctor amidst the ongoing doctor’s strike in the country.

Naija News understands that the 69-year-old proud father had graced the event, which took place at Lagos University Teaching Hospital (LUTH) to support his young daughter by posing for photos with family and friends.

Sharing photos from the induction ceremony on Facebook, President-General of Alor Peoples’ Assembly, Uzoma Igbonwa announced the latest doctor in town while hailing the Labour minister.