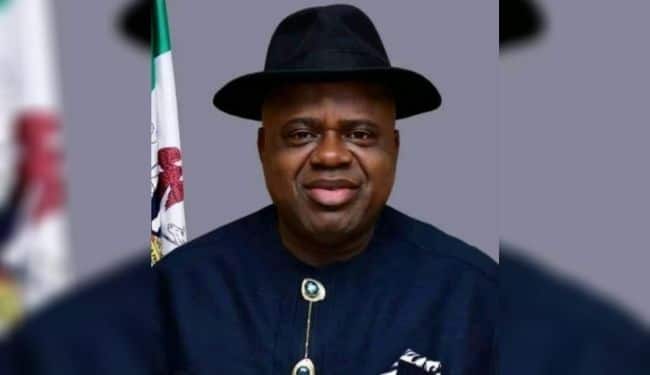 The Bayelsa State Commissioner of Finance, Maxwell Ebibai has assured the workers in the state that the present administration is not contemplating on downsizing the work force due to the poor finances of the state, saying rather the state government is focused on delivery prosperity to all in the state.

Ebibai said the present administration utilized the income from the Federal Allocation to ensure monthly payment of salaries to workers, political appointee and payment of pension and gratuities and focused on using extra ordinary incomes to finance ongoing capital projects in the state.

The Bayelsa Commissioner of Finance, Maxwell Ebibai, who was speaking in Yenagoa on Thursday during the Monthly Transparency briefing of January and Febuary,2021, said though it is difficult enough that the administration is seeking extra ordinary income to finance capital projects,” For clarity, government is not considering right sizing, downsizing, upsizing or whatever. The emphasis will be let us know what actually our problems are and when you know what the problems are then you work towards solving it.”

“It is not always the best approach to managing your problems. If you have a bad bulb and you don’t change,, second bulb, you don’t change them again and again. We are not considering downsizing the work force.”

He said cost cutting is not always the best approach in managing the finances of the state rather the State Government is considering recovering state funds being owed the state by many other sources to have enough extra ordinary funds to finance capital projects, ”if we don’t receive some extra ordinary income, how do we survive as a state?”.

“What you call extra ordinary income is income that does not come regularly, if you are a salary worker. The best approach is how I get additional income. Government is actually focus on who is owing any anywhere. Anybody that is owing me money i will go after that person so that i can meet u half way so that u can also agree that u are owing me”

“What can you call extra ordinary income is income that does not come regularly. For instance as a salary worker, your salary is regular income. If for any reason your institution decides to declare a bonus and give u a bonus, it not part of your regular income. It is not your contract. That will mean extra ordinary income, it is not that it is a miracle income. It does not come every month”.

He also assured that the Governor Douye Diri administration has managed the resources of the state well in the last one years in office,” though it has not been easy. We have managed the state resources well and we started the year with bags of capital projects that are ongoing.”