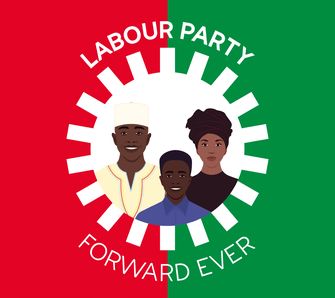 The embattled acting chairman of the Labour Party in Bayelsa State, Eneyi Zidougha, has been removed from office by stakeholders of the party.

Zidougha was sacked during a state congress held at the party secretariat in Yenagoa on Thursday, over allegations bordering on misappropriation of party funds, anti-party activities, and arbitrary swopping of candidates for the forthcoming 2023 general elections.

A former vice chairman of the LP in Bayelsa Central Senatorial District, Ebi Sikpi, was elected as the substantive state chairman of the party after a unanimous vote of no confidence in Zidougha was passed.

The state Assistant Secretary of LP, Theophilus Taribo, explained that the meeting was properly convened and Zidougha’s removal was constitutional.

The new chairman, Ebi Sikpi, thanked the stakeholders for considering him worthy and capable of serving and leading the LP ahead of the polls.

He promised to restore peace and unity in the party and address members’ grievances, stressing that the party had been repositioned for the tasks ahead.

Sikpi also pledged to work hard with LP officials, stakeholders, and supporters for the electoral victory of the party’s the presidential candidate, Peter Obi, and others contesting the elections on the platform of the party

“I have accepted to serve because we want the tensions to be doused, and I want the party to forge ahead. We will look at the issues members are aggrieved about and address them one after another.

“We will make sure the party is united for the election of our principal, Peter Obi. There is hope, light has come to the party in Bayelsa State,” he said.

Before the congress, some members of the LP under the aegis of Concerned Labour Party Critical Stakeholders in the state had staged a peaceful protest outside the gate of the party secretariat as some security operatives reportedly acting on the instructions of the ousted chairman, denied them access into the premises.

Leader of the group, Abraham Gillet, expressed displeasure over the prevention and insisted that the party secretariat was not the personal property of Zidougha.

He claimed that the LP had lost a huge following in the state as a result of the alleged activities of the former chairman, adding that it was proper that he either stepped aside or be removed from office.

Lamenting the denial of access in the first instance, Gillet said, “We have all come here (to the party secretariat) for a congress, which the state chairman is fully aware of. But to our greatest surprise, when we got here the secretariat was locked with padlocks and security operatives.

“We take that as an insult and attempt to kill Labour Party and Obidient Movement. If they love peace they would have allowed us to go in and discuss as young men and women and get it right.”

Also speaking, the secretary of LP in Sagbama Local Government Area, Stephen Morris, and the women leader in Bayelsa Central, Linda Lazarus, said Zidougha was allegedly an enemy to the progress of the party.

Reacting, Zidougha insisted that he was still in charge of LP, and described his removal as unconstitutional and lacking in due process.

He said, “My purported removal is unconstitutional and did not follow due process. They did not get approval to hold any congress. Who called for the congress? I am still in charge.”