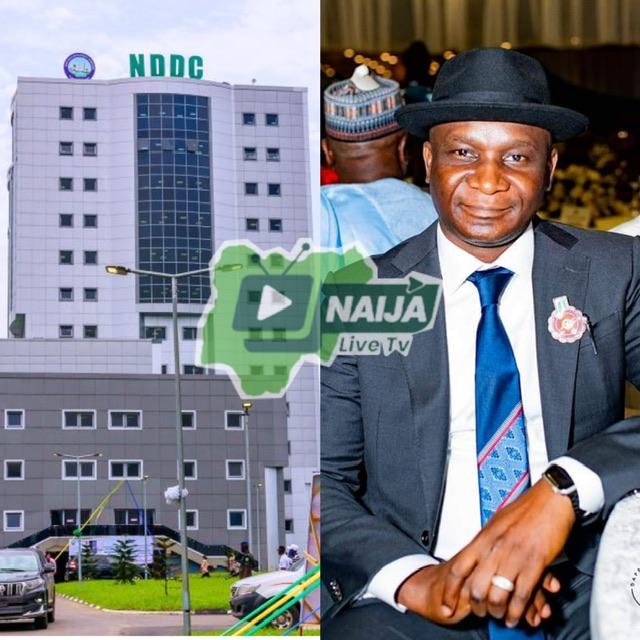 The South-south Emerging Leaders Forum (SELF) has warned against the ongoing campaign of calumny against the newly appointed Director General of the Niger Delta Development Commission (NDDC) Dr. Samuel Ogbuku.

Led by Barr. Benjamin Kwalowei, the group in a statement maintained that there was no iota of truth that Ogbuka was a renowned murderer over the years.

The group made references to several court rulings which cleared Ogbuku of all the fictitious charges ranging from corruption and other criminal conduct in the country.

The South-south forum consisting of professionals in the region urged the public to disregard such reports trending on the social media noting it was a clear case of blackmail against the person of Ogbuka.

It noted: “The reported cases against Dr. Samuel Ogbuku were carried out in bad light and it should be condemned outrightly. We have find out that Saharareporters did not carry out due diligence but hurriedly reported a one sided and lie against an innocent man, who is now the Managing Director of the NDDC.

“While we warn against this Pull Him Down Syndrome, we can confidently state that a High Court of Bayelsa State of Nigeria, in the said case of murder decided by Hon. Justice Kate Abiri (The then Chief Judge) on the 22nd December, 2014 had discharged and acquitted Dr. Samuel Ogbuku of any wrongdoing.

“Justice Kate Abiri stated in the judgement that ‘from the totality of evidences placed before this Court, and having carefully considered the ingredients of the offence, I find that the prosecution failed to prove all the three allegations conjunctively which has affected the quality of proof required, which is proof beyond reasonable doubt. The accused person Samul Ogbuku is according discharged and acquitted from the one count charge of murder case against him.’

Also reacting to the alleged case of N19.2 billion fraud in 2012, reported against Dr. Ogbuku, the forum said a Federal High Court of Nigeria in Abuja, presided over by Hon. Justice A. R Mohammed, on the 10th of June 2015, had dismissed the said case.

Justice A. R Mohammed said in the certified true copy of the judgement obtained by this forum that “The charge No. FHC/ABJ/CR/167/13 filled before this Court amounted to an abuse of Court process and the same is accordingly dismissed.”

While urging the media to always do due diligence and ensure a balanced news report, the South-south group warned against further attacks by Saharareporters.

“The forum is using this medium to warn against further attacks against the person of Dr. Samuel Ogbuku, especially by the notorious Saharareporters. We make bold to say we will not hesitate to drag the medium or any other before the Court of law if such unverified news is published,” Barr. Kwalowie stated.

The online medium had reported a case of alleged assassination attempt on the life of Chief Timi Alaibe, where six persons were killed in Opokuma in 2014 and another case of alleged N19.2 billion fraud in 2012.

The group thereby demanded an unreserved apology from Sahara reporters and a retraction of the malicious reports against Ogbuku.