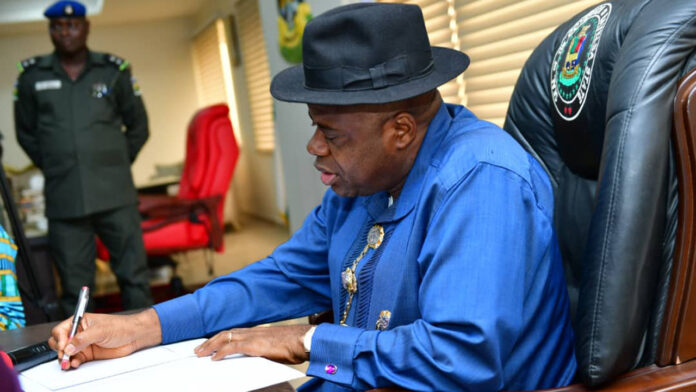 The projected revenue by Bayelsa government from the federation account and other sources for the first seven months of the current fiscal year has nosedived by N27.07 billion.

The Bayelsa 2022 Appropriation Bill indicates that the state government has so far received a total of N137.44bn from federation account and other sources between January and July 2021.

Then figures are contained in the Bayelsa government’s 2022 Appropriation Bill which was laid before the Bayelsa House of Assembly by Gov Douye Diri for legislative action on Sept. 20.

Diri proposed a total expenditure of N310.71 bn in the 2022 Appropriation Bill currently before the Appropriation Committee of the state House of Assembly for consideration and passage.

The 2021 budget was based on a benchmark oil price of $38 per barrel, oil production capacity of 1.8 million barrels per day and exchange rate of N379 to $1.

Diri had during the Sept 20 presentation of the 2022 bill said there were revenue shortages from the federal and other projected sources and attributed the development to drop in oil prices.

According to him, several challenges are hampering the implementation of the 2021 budget, but his administration has weathered the storm to realise major achievements and implemented programmes and projects outlined in the budget.

He said, “In summary, the half-year projected revenue was N164.52bn.