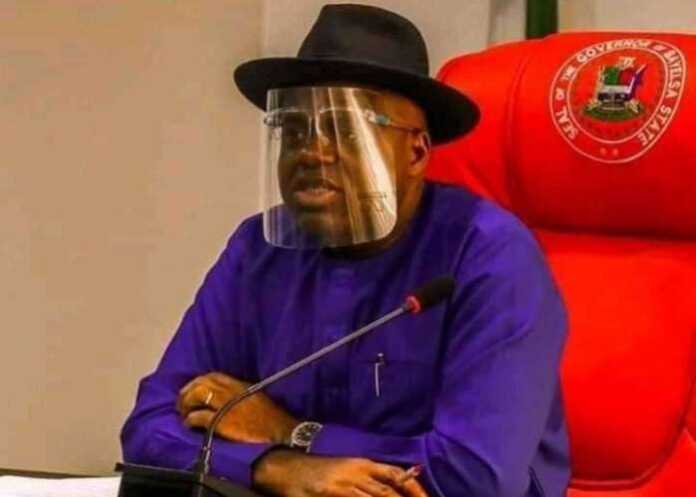 The Bayelsa State Government has confirmed the receipt of N27.5billion infrastructure refund from the Federal Government as against N38 billion being speculated.

The Technical Adviser on Treasury and Accounts, Mr Timipre Seipulo, who disclosed this over the weekend during the transparency briefing on funds inflows and outflows said the state government opted to receive the money at a discounted rate instead of waiting for three to four years to receive the full N38billion due the state.

“The refund for infrastructure development from the Federal Government was N27. 5billion. This is the amount the state would actually get from the refund for infrastructure. This is because the federal government arrangement is that if you have to get the whole funds you have to wait for about three to four years otherwise you discount it. You discount it at the current rate and considering the inflation factor and time value of money, you discount and collect the money now otherwise you wait for four years and collect the full money. So the 27 billion represents the discounted rate,” he said.

Meanwhile the state government has assured Bayelsans that all funds accruing to the state would be used judiciously for the infrastructural development of the state.

The Commissioner for Information, Mr Ayiba Duba, who stated this in an interview after a tour of road rehabilitation projects in the state in company of his Works and Infrastructure Development counterpart, Moses Teibowei, urged Bayelsans to have faith in the administration of Governor Douye Diri.

Duba while expressing satisfaction with the work done explained that the Diri administration holds firmly its promise not to play with the development of the state.

“This is to tell you that when our government says it wants to do something, we don’t just say it for the sake of saying it; we have to back our words with action. If we say a Bridge is to be constructed, we are not lying; the equipment is already on ground. As a government we tell Bayelsans to keep trust in us. When we started we told Bayelsans that we are not going to joke with the development of the state. Not just in infrastructure but even in the human capital development, which we are doing. By the grace of God the resources would be available. The Governor has said by the way he came in miraculously; the funds also would come miraculously. And they would be used not for personal purposes but the good of generality of Bayelsans.”

Teibowei on his own part disclosed that various contractors have been mobilised to site to work on the various internal roads that needs rehabilitation in the state while by February more contacts for internal roads in Yenagoa and other local government areas would be awarded.