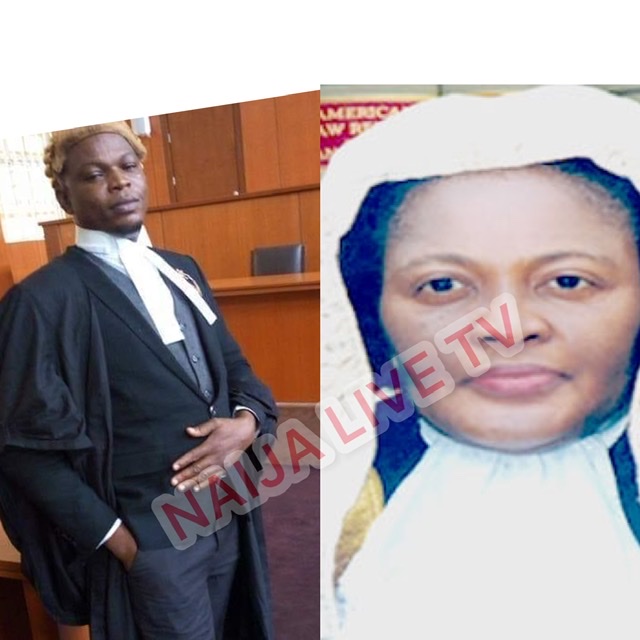 A Bayelsa State based Legal Practitioner, Wisdom Meni Adike Esq popularly known as Junior Gani has dragged President Muhammadu Buhari and the Attorney-General and Minister of Justice, Abubakar Malami SAN and four others to the Federal High Court over the last Friday invasion of the residence of Justice Mary Odili by a combined team of ‘unknown’ security agents in Abuja.

Wisdom Meni Adike Esq, in the motion on notice filed on Tuesday and copies made available to newsmen yesterday, is asking the court to declare the invasion of the residence of Justice Mary Odili on the 29th of October,2021 by the operatives of the 1st,2nd,3rd and 4th respondents with a search warrant fraudulently obtained by the 5th defendant as unconstitutional, wrongful, amount to executive lawlessness, intended to picture the Nigerian State as a lawless democracy is clothed in wipes of dictatorship as the order of the day.

Adike Esq, who is also a member of the Public Interest Litigation Committee and member of the NBA ,Sagbama Human Rights Committee, is also asking the Court to declare that the continuous harassment of Justice Mary Odili and her family by the respondents before and after the 29th day of October,2021 is an abuse and a reckless exercise of power, unconstitutional, wrongful and a gross violation of the sacred provision section 34,35,37,41,42 and 43 of the 1999 constitution of the Federal Republic of Nigeria (as amended).

“An order of the Court directing the respondents to pay the sum of N1billion naira only for the untold public ridicule/humiliation suffered by Justice Mary Odili and the gross violation of her constitutional guaranteed rights to Justice Mary Odili.”

While Gov. Douye Diri described the incident as an ill-advised sting operation and an attempt to intimidate the judiciary, which is an independent arm of government.

The National Association of Seadogs (Pyrates Confraternity) called for a full inquiry over the incident and demanded that the probe should begin with the Chief Magistrate, Emmanuel Iyanna, the alleged whistle blower, Aliyu Umar and CSP Lawrence Ajodo.