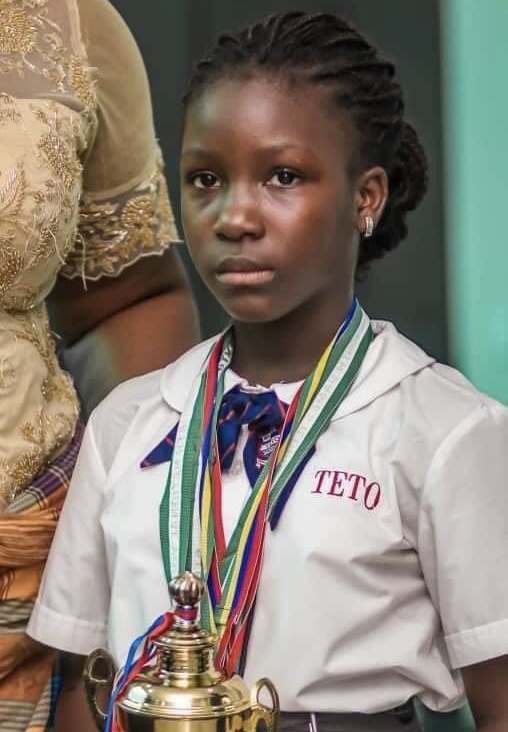 Miss Quickpen emerged champion in the Under-10 category after winning nine out of 10 games.

Governor Diri, who received the Bayelsa-born Chess prodigy inside the Executive Council Chambers of the Government House in Yenagoa, announced a scholarship to university level whether in Nigeria or overseas, a N4m cash gift as well as appointed her a Youth Ambassador.

Speaking during the reception, Governor Diri said: “On behalf of the government and the good people of Bayelsa State, I welcome you home and say a very big congratulations . You are a worthy daughter of this state. Having started on this beautiful note, your government will support you.

“I therefore appoint you an Ambassador of Bayelsa State youths. Your appointment is in academics. I hereby announce that your academics be followed up with the game you already know how to play. You have to attend a school whether in Nigeria or overseas where you can combine both academics and sports, particularly chess.

“For making personal sacrifice alongside your parents and coaches, I also announce a cash gift of four million naira.

“Let me use this opportunity to appreciate your parents for training you up well. Every giant begins from the home. Today, you are the giant in your age bracket in Africa.“

Governor Diri urged parents to follow the example of Mr and Mrs Quickpen to train up their children in the way they should go so that they will become assets to the society, the state and country.

In his remarks, the Commissioner for Youths and Sports Development, Daniel Igali, said three young Bayelsans represented Nigeria in three different categories at the championship, namely Deborah Quickpen, Treasure Ebiakpo and Shine Ekpore, who he said all made the state proud.

Igali thanked the governor for the honour done her and other athletes in the state.

She is the youngest Nigerian and African to win the prestigious chess championship.