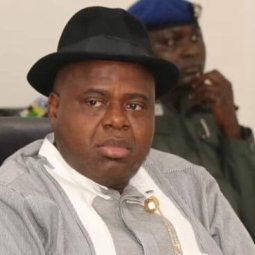 Mixed reactions have greeted the delay of Bayelsa Governor Douye Diri to form a cabinet more than four months after he assumed office.

Diri was inaugurated on February 14, 2020 following the Supreme Court judgment that nullified the victory of David Lyon, the candidate of the All Progressives Congress in the December 2019 governorship poll.

A lawyer and human rights activist, Aluzu Augustine, said the delay showed that Diri was never ready for governance even before going into the elections.

He said governance is not supposed to be a one-man or family affair, expressing sadness that even within his Peoples Democratic Party (PDP), the governor could not find some persons competent enough to appoint members of the state executive council four months after.

Augustine stated: “Admittedly, Governor Douye Diri has not breached any constitutional requirements by not appointing commissioners four months after his swearing-in.

“The delay only goes to show that he was never ready for governance even before going into the elections.

“Governance is not supposed to be a one-man or family affair. It is a sad commentary that even within his party, Diri cannot find someone competent enough to be saddled with the responsibility of a commissioner four months after.”

Morris, a foremost rights activist, said if contrary was the case, the governor would have shown the signs of preparedness soon after assumption of office, noting that such signs would manifest in the form of structures positioned for effective take off.

He said: “In governance, appointment of individuals to certain positions such as commissioners or ministers is part of the very first expectations that the governor or President is ready for the task of governance

“While civil servants, of which permanent secretaries are part of, are the engine room of government, it requires political appointees to provide direction and needed political will to move things in desired direction.

Ekiyor Welson, lecturer and social justice activist, said Diri’s government was still at the drawing board because of the circumstances that brought him on board.

He, therefore, sued for patience to enable the governor to properly create a blueprint and vision to navigate the ship of the state.

Welson said: “When President Muhammadu Buhari came on board, it took him in his first term about six months to announce his cabinet.

“It took Rauf Aregbesola as governor in Osun State, a year to announce his cabinet. It took Adams Oshiomhole a year in Edo State to form his cabinet.

“So, I want to play the devil’s advocate for Douye Diri. Before he won the election, he had no blueprint. I don’t think he even believed he would win the election and become governor.

“If you look at the circumstances that even brought him, he was preparing to go to the Senate. He won his election into the Senate and was drafted from the Senate to come and be governor by some forces.

“So, let us believe he is using the period to create a blueprint, a vision to an extent. Let us say that his government has not taken off, he is still at a drawing stage because of the circumstances that brought him on board.

“Remember, he lost the election and he had gone back to the Senate, he had taken his destiny in his hand and was okay with being in the Senate.

“So, when judgment came and he became a governor, it all took him by surprise. I want to believe he has a small team working with him sector by sector to bring in the best people that will help him run a state.”

However, a ranking government official, who craved anonymity, said the governor was just taking his time to pick good hands that would manage the state properly with him.

He said as far as he was concerned, there was nothing to worry about, saying that in no distant time, the list would be sent to the House of Assembly.

The official also said the insinuation of any intrigues concerning the delay was baseless and unfounded.