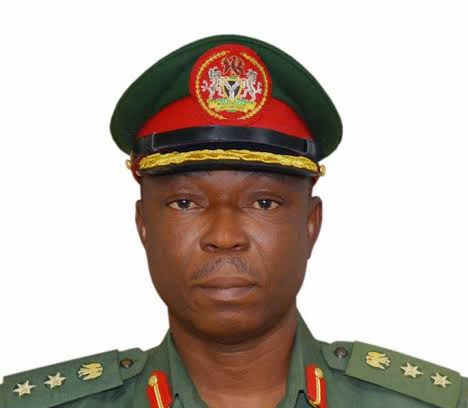 The Nigerian army has appointed Onyema Nwachukwu as its new director of public relations.

In a statement on Thursday, Mohammed Yerima, former army spokesman, announced the posting and appointments of senior officers in the military.

According to the statement, Nwachukwu takes over from Yerima, who assumed duty as the spokesperson in February.

Also, F.O. Omoigui, a major general, was moved from the headquarters of theatre command of operation Hadin Kai (formerly known as operation Lafiya Dole) and appointed as the director-general of the Land Forces Simulation Centre Nigeria.

“The Chief of Army Staff, Major General Faruk Yahaya, urged all the affected senior officers to justify the confidence reposed on them. All posting and appointments are with immediate effect.”

Until his appointment, Nwachukwu was the acting director of defence information at the defence headquarters.

The new army spokesperson is an alumnus of the University of Ibadan and holds a Masters degree in international affairs and strategic studies from the Nigerian Defence Academy (NDA) postgraduate school, Kaduna.

He also has a postgraduate diploma in advertising and public relations from the International Institute of Journalism, Abuja.

He is a member of the Nigerian Institute of Public Relations, and has attended several military and professional courses, as well as seminars within and outside the country.

Nwachukwu once served as the media coordinator of the Joint Task Force Operation Pulo Shield.

COAS: Buhari okays flag to fly at half mast, holiday for military

Late Chief of Army Staff, six others to be Buried in Abuja today