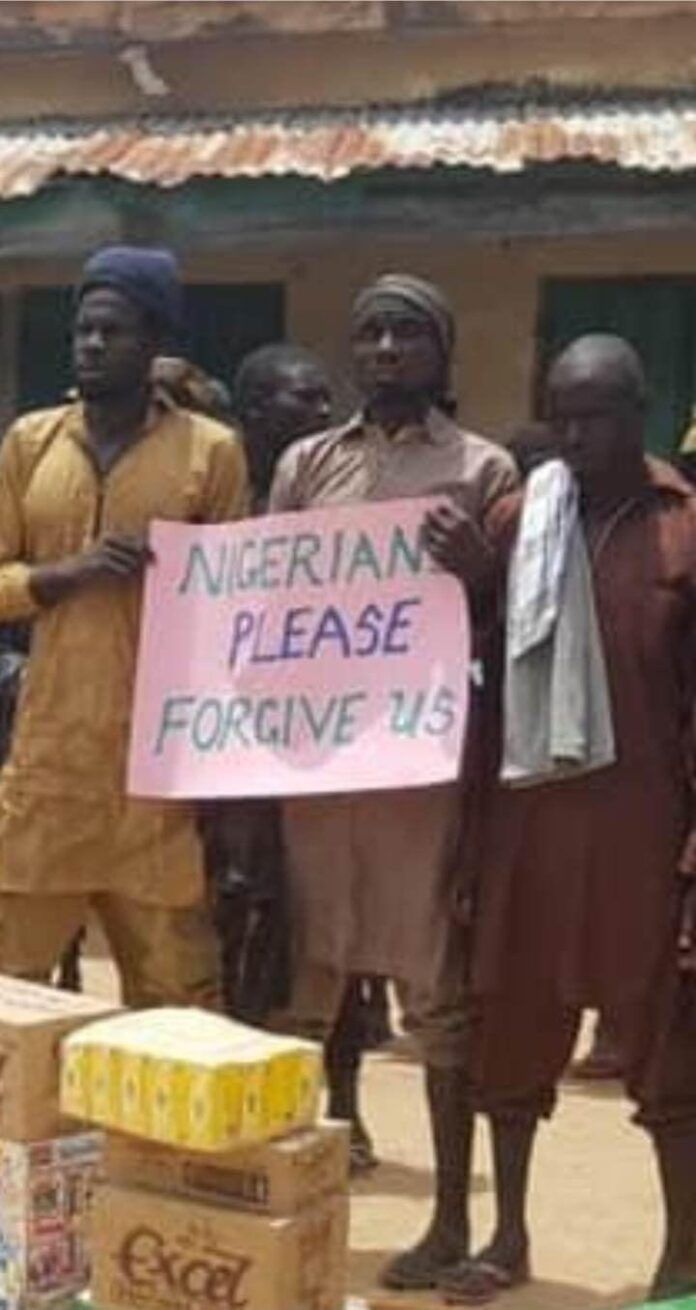 Another 1,081 Boko Haram terrorists, Some Senior Commanders and their families have surrendered to troops of Operation Hadin Kai after sustained military land and air bombardments of their enclaves and hideouts in the North East.

This is just as it emerged that discontent as a result of internal skirmishes, coupled with overwhelming famine, internal and health challenges as well as untold hardship has made life unbearable for the terrorists.

He said, “Following the recent escalation of offensive operations coupled with non kinetic efforts by troops of operation Hadin Kai (OPHK) which yielded massive surrendering of Boko Haram and Islamic State of West Africa Province Terrorists in the North East, the Chief Bomb Expert of the terrorists group known as Musa Adamu a.K.a Mala Musa Abuja and his second in command Usman Adamu a.k.a Abu Darda along with their families and followers have also finally surrendered to the troops of operation Hadin Kai in Bama Local Government Area of Borno State.

“While distributing new cloths and assorted food items, groceries and toiletries to the surrendered terrorists and their families totalling 335 fighters, 746 adult women and children including one of the abducted Chibok girls, it was observed that the reasons for such massive turn was basically due to the intensified Nigerian military campaign on their enclaves and environs and also with the overwhelming famine, discontent, internal skirmishes, health challenges as well as untold hardship.