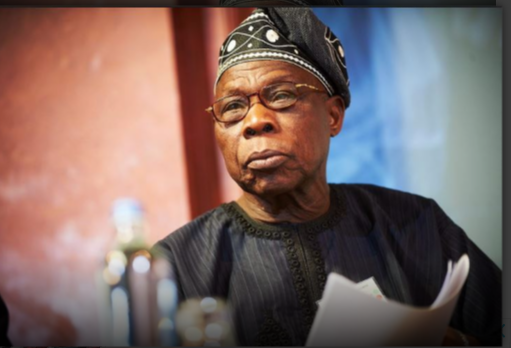 …………I will Expose The Hiding Truth, So That If I Go Down Everyone Goes Down With Me – Obasanjo

President Buhari’s disposition towards those that don’t support him has been fully betrayed by this recent outburst.

This corroborates the position of the Peoples Democratic Party,PDP, that he is not fighting corruption but rather fighting opposition.

Buhari and Obasanjo heads on
We have had enough of misleading and deceit from Obasanjo.

Must everything be in his favour? He cheated Nigeria through his Presidential Library, Mambilla power projects and several others. He never allowed people dictate to him during his tenure,he should leave us alone.

Mr. Femi Adelaja,Senior Citizen
Former President Obasanjo also had the intention of contesting for 3rd term if he hadn’t been stopped. They are both old. They should allow young Nigerians to rule to pave the way for the overall improvement of the country.

Comrade toyinbo Ayanwusi, Bussinessman.
No one can say that Obasanjo’s motives are not self- serving. He is using his elderly position to correct the so- called wrongs in government. A government that doesn’t encourage critics will soon descend to dictatorship.

He who comes to equity must come with clean hands.

Obasanjo is not clean so to speak. However, he is not engaging with Buhari on the basis of corruption. Rather, he is pointing out his inability to manage the nation.

Lawyer
It is unfortunate to see the feud between two elder statesmen. This is about power ahead of 2019.

Both ran the country as military heads of state and civilian presidents.They plunged the nation in irreparable economic penury and political stagnation.

The worst is yet to be heard.

As youths, we need to take our destinies in our hands and decide on who we vote for in 2019.

-Aremo Dotun Hassan, Youth leader
Buhari should face his job, it’s three years, yet nothing. Obasanjo did well as a leader.
If he thinks probing Obasanjo will change the minds of the people, he is wrong. The best thing for him is to work, stop the killings across Nigeria and arrest the perpetrators. Buhari should know that we know his tactics and he should stop wasting out time and resources.Queen Klersaint-Amor