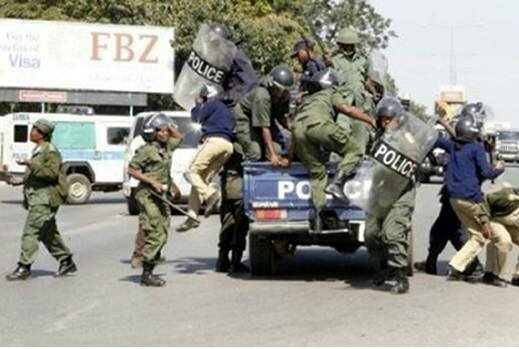 The Federal Government has alerted the Nigerian Civil Aviation Authority (NCAA), the Federal Airports Authority of Nigeria (FAAN) and the Nigeria Customs Service (NCS) over the threat by the Islamic State of Iraq and Syria (ISIS) to attack commercial flights into and out of the country and “bring bloodshed to the skies”.

The document, which emanated from the Office of the Secretary to the Government of the Federation with the reference number: H.150/S.91/56, dated May 25, 2018 and exclusively obtained by SaharaReporters, stated that available report revealed that Al-Abd al-Faqir Media, a pro-ISIS media outlet, issued the threat.

The document, titled ‘Islamic State of Iraq and Syria Threatens to Attack Commercial Flights’, copied the trio and was signed by one O.M Olaoye for the Secretary of the Government of the Federation.

Classified as ‘confidential’, the document stated that the ISIS warning was issued in English, French and Arabic, and was distributed by Telegram and other online fora by the terrorist group.

The document added that the threat was followed by an image of a clean-shaven, dark-haired white man sitting on the aisle seat of a flight with a knife in his hand.

According to the document, statements from ISIS-affiliated media groups, such as Al-Abd al-Faqir media, are often used to advise followers on new attack methods and targets, stressing that the image of a white man with a knife in his hand suggested that the attack could be carried out with a knife as was the case during the September 11, 2001 attacks in the United States.

The document warned that ISIS claimed responsibility for the explosion and death of all 244 passengers aboard the Russian Metrojet flight 9268 shortly after take-off from Egypt’s Sinai Peninsula in October 2015.

It added that the warning of April 26 followed a similar warning earlier by ISIS spokesman, Abu Hassan Al-Muhajir, on April 22, 2018, outlining the next stage in the global jihad.

The document added: “The ISIS appears to be re-strategising with more focus on the Middle East and Asia, following the loss of most of its territory in Iraq and Syria. Although, Africa appears not to be on ISIS immediate focus, the return to Africa of former ISIS fighters from Iraq and Syria as well as the existence of ISIS-linked groups such as the technically suave Abu Musab Al-Brnawi-led Boko Haram faction call for increased vigilance in the aviation sector to counter possible new strategies in the ISIS terror campaign.

“From the foregoing report, rigorous vetting of airline personnel and screening of passengers as well as increased vigilance in restricted areas at airports are advised.”

In its reaction to the letter from the government almost three weeks later, Comptroller-General of Customs issued a circular to all Commands and Heads of Units on June 13 calling on its officers at the nation’s airports to intensify the screening process of all passengers and luggage, including other measures they may deem fit.