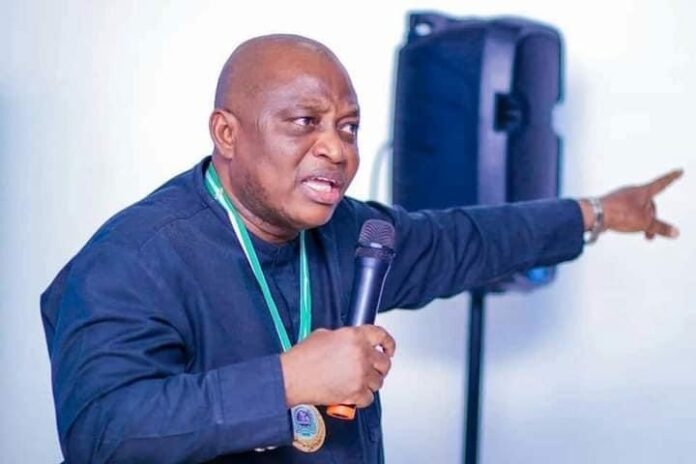 The absence of trial judge on Friday stalled the trial of Dr John Idumange, who raised an alarm over alleged diversion of N3 billion Agriculture loan by government officials.

According to Court registry staff Justice Iniekenimi Uzakah who had on Sept 10 adjourned the matter until Oct 15 was unable to sit because he was having a meeting with Bayelsa Chief Judge Justice Kate Abiri.

The court clerks subsequently shifted the trial date to Nov. 22.

The Attorney-General and Commissioner for Justice in Bayelsa, Biriyai Sambo, (SAN) filed a suit against Idumange for misdemeanour and seditious publications against government officials.

A Magistrates’ Court had on March 11 in Yenagoa, ordered Idumange’s detention for 30 days, pending police investigation.

Idumange, who alleged that officials of Bayelsa government had diverted a N3 billion Agric loan and subsequently submitted a petition to the Economic and Financial Crimes Commission, was arrested on March 10.

Some officials of the state government had reported to the police that Idumange had made seditious publications that maligned their persons in his claims.

However, the State High Court, Sagbama Division, granted bail to Idumange, who was also an aide on Research and Documentation and later Social Media to former Bayelsa Governor, Seriake Dickson.