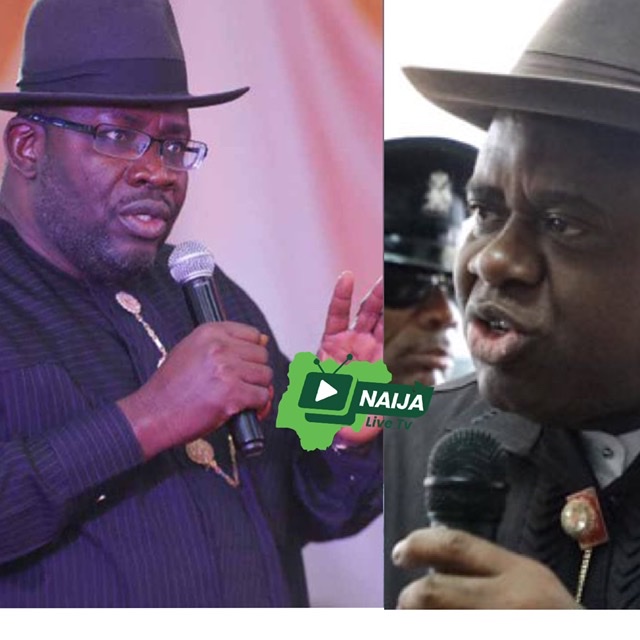 …APC defectors Are Bayelsans who deserve to Partake in the Spoils

The year 2023 will throw up lots of possibilities in the political sphere. The year promises to provide a variety of political options and choices.

Recently, some former Governors have come together to establish The National Movement (TNM) – also known as a third force. The mission of the third force is to recue Nigeria from the two dominant political parties- the All Progressive Congress (APC) and The Peoples Democratic Party (PDP). At the launch of the third force, political pundits of the old variety have come together to forge a common front to provide political alternatives to the two dominant parties.

In Bayelsa State, all has never been well since the 2019 Governorship Elections in which the APC had a land slide victory. Till date most Bayesians have not come to terms with the decision that reversed the APC victory and donated it at the door step of the PDP. Little wonder that the Governor that emerged from that Supreme Court contraption does not owe the ordinary man any responsibility. The electorate are yet to recover from the psychological trauma of the bizarre pilferageof their mandate. In 2023 the political arithmetic will be different because the honeymoon days are over.

One of the key factors that have influenced politics in the State since February 2012 is former Government Henry Seriake Dickson. For those who know, HSD was the only Governor of the State who completed his second tenure. Although he was a charismatic leader most people regarded his administration as overly highhanded. it was he who made the incumbent Governor Douye Diri a Senator and ultimately made him a Governor even against his sane advice of other members of the party. Indications are emerging that there is no love lost between HSD and Douye Diri.

Suspicion mounted as soon as Diri was sworn in as governor. The first ten months of the Diri administration was a period of lamentation.and most people attributed it to the poor governance culture which foundation was laid by Dickson There were rumours of huge debts owed by Dickson and what appeared to confirm this was Diri’s refusal to declare assets and liabilities. For instance Diri did not constitute his cabinet till August 2020 claiming that there was no money to pay appointees. This statement was a psychological blow to Dickson who claimed to have left behind a booming economy.

During the eight years rule of HSD he commanded massive followership. All Assembly men, Local Government Chairmen and key political appointees were loyal to him. In order to maintain his legacy Dickson was allowed to nominate more than 60% of cabinet positions. Again Diri did not dismantle most of the institutions created by Dickson among them include the ineffective security outfit called Doo-akpor, the fraud-ridden Microfinance Bank, the dubious Bayelsa health insurance scheme and the controversial Higher Education Students Loan Board.

Prior to this administration, these “illegal structures” were regarded as layers of inefficiency.

Clandestinely rumours are rife that Diri is working against his benefactor. When some NGOs petitioned Dickson to be investigated by the Economic and Financial Crimes Commission (EFCC) Diri’s attitude towards measures to aimed at rescuing his principal was cold. It was largely suggested that Governor Diri is merely tolerating the excesses of his godfather. The same attitude has fueled conflict between his loyalist and the many loyalists of Dickson. The general feeling is that the Governor is a figure head surrounded by strange government officials.

We can understand why after Dickson’s encounter with the EFCC the Abuja residence of Dickson became a Mecca of sort for Local Government Chairmen, loyal commissioners and principal appointees of government. Till date, Governor Diri does not seem to have weight in the political equation as most people in Bayelsa State still pledge their loyalty to HSD. In fact Dickson sacrificed everything to make Diri Governor of Bayelsa State.

From the onset Dickson’s support for the Governor was unwavering. Rather than support his Deputy Governor Rear Admiral Gboribiogha Jonah, Dickson doled out cash for so many loyalists to buy forms to contest in order to outwit strong candidates like Timi Alaibe, Late Keniebi Okoko and other candidates who would have snatched victory to become PDP flagbearers. It is widely speculated that he also spent countless billions of Naira to secure PDP’s victory at the Supreme Court. In so many public platforms there are unconfirmed reports that so many leaders took risk because of their loyalty to Seriake Dickson Up till now, Dickson appears to command more respect politically than the incumbent Governor.

He did not cross so many faces as a surprise therefore that Diri has entered into an alliance with Governor Wike of Rivers State to undermine Dickson’s influence not only in Bayelsa State but in the Ijaw ethnic nationality. Afterall, he conducted free and fair elections in the Ijaw National Congress, a responsibility Dickson could not deliver.

At the commissioning of a building at the Bayelsa Medical University Gov. Wike is quoted as saying that the two of the Diri administration are better than the eight years of HSD, a remark that hit him below the belt. . As if that was not enough pro-government elements in Yenegoa were required to open pseudo-accounts to denigrate the reputation of Dickson. Most of the Social Media avalanches of criticisms are believed to be a choreography of efforts at putting down Dickson’s towering political image and to rubish his legacy.

Now Governor Diri seems to have a better street acceptance because of his modest achievements over-hyped by the Yenagoa-vased media. Since the beginning of his second tenure in office Diri has been angling to create his horde of loyalists to save his second tenure. On several occasions juicy political appointments and plum contracts have been dangled to entice APC followers to defect.

About 60% of this mission has been accomplished in Nembe, Kolokuma-Opokuma, Yenegoa, Southern Ijaw and Ogbia Local Government Areas. These moves have not attenuated the strongholds of the APC which displayed enormous support for regime change in the previous election.

Inside sources disclosed that the APC defectors are on a brief journey to the PDP because of stomach infrastructure. There are clandestine arrangements that they would all return home to APC a few months before elections. This may not be an expression of deceit but a well orchestrated attempt to partake in the sharing formula of PDP in Bayelsa State. Afterall every Bayesan is entitled to partake in the sharing of his spoils.

The forgoing underlines why Governor Diri should exercise great caution in pitching his political tent with supposed converts especially of the APC variety. With the launching of the third force and emergence of TNM, political gladiators of the radical left and some democratic reformers who believed that the PDP has not done well will defect either to the APC or the TNM. Already the events of February 2022 is a clear roadmap of what will happen in Bayelsa State.

In the last analysis the APC which demonstrated ponderous support for regime change in 2019 still holds the ace. There may not be a radical shift of thinking and action till election day in Yengoa.