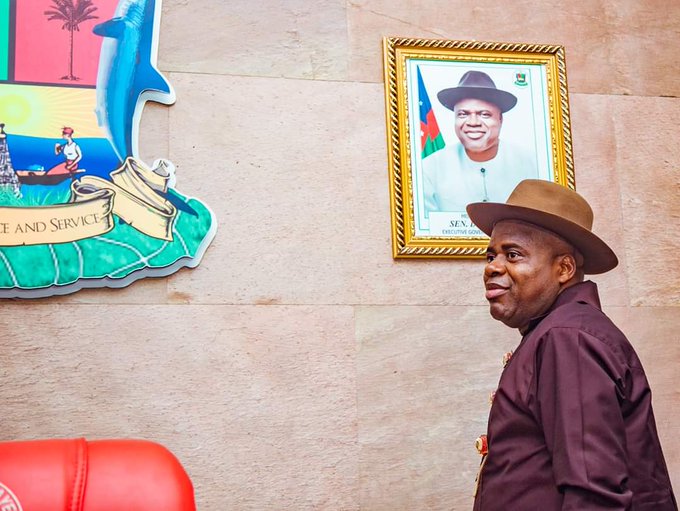 More than three months after inauguration as the governor of Bayelsa State, Douye Diri is yet to appoint commissioners.

Gov. Diri marked his first hundred days in office yesterday after being inaugurated as the fifth executive governor of the state on February 14, 2020, after the Supreme Court nullified the election of Chief David Lyon of the APC due to his running mate’s certificate scandal.

NAIJA LIVE TV observed that some of the commissioners who served under the immediate past Governor, Seriake Dickson, are still serving in their capacities under Diri’s government.

For instance, Dickson’s Commissioner for Finance, Mr. Maxwell Ebibai, is still serving in the ministry with the new nomenclature of technical assistant to the governor on finance, Dickson’s Special Adviser on Security, Mr. Buma Sparow-Jack, is also still functioning in his office with the new nomenclature, technical assistant on security, among others.

A civil rights activist, David West, queried the accuracy of the 2020 budget presented by the governor to the House of Assembly last month when there were no commissioners to prepare or defend the budget before the assembly.

The acting Chief Press Secretary to the Governor, Daniel Alabrah, during a programme: “Democratic Watch” in a state-based radio, appealed to Bayelsans who were calling for the governor to form cabinet to be patient as the pronouncement would be made soon.

Obi Nezie: our community has been brought to public...

NDDC N40b alleged scandal: I will quit if found...