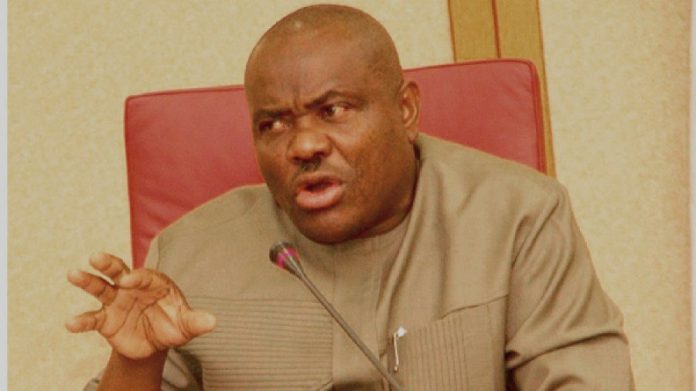 The move is seen as a first concrete step by the state government towards ending the prevailing soot pollution which has been raising serious health concerns in the state.

The governor directed the Rivers State Head of Service to query one Mr. Temple Amakiri, a Director in the Ministry of Energy, for aiding and abetting bunkering activities and hand him over to the police for investigation and possible prosecution.

In a statewide broadcast on Sunday, Wike said the government was resolved to pragmatically tackle the soot pandemic by destroying and closing down all identified illegal crude oil refining sites and activities in the State.

He stated that following his 2022 New Year Message outlining measures to tackle the soot menace, the State Taskforce on Illegal Street Trading raided some illegal crude oil refining sites in Port Harcourt and arrested a number of recalcitrant persons.

The governor declared；”Furthermore, the following persons who have been identified as kingpins of bunkering and illegal crude oil refining activities in their communities have been declared wanted and directed to report themselves to the State Police Command, to whom we have already passed their details to: