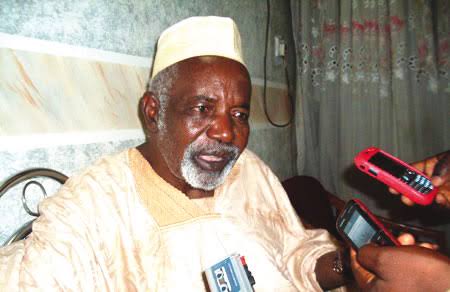 Musa said the move was to promote the presidential candidacy of Ambassador Babagana Kingibe.

The former Governor who spoke to reporters also claimed that the plot started in 2017 when there were fears that President Muhammadu Buhari ’s health challenge will impede his second term bid.

Balarabe said that the game-plan was still on, adding
that the plot was being hatched by the cabal in the presidency but he did not mention names.

The former governor did not say whether the plan is for Kingibe to succeed Buhari in 2019 or 2023.

According to him, “The plan is to use this recognition of June 12 and award as a means of promoting Kingibe.

“This plan of promoting Kingibe for the presidency of Nigeria started sometime ago, when there was the feeling that Buhari couldn’t make it due to his health challenge, for the 2019 presidential election.

“And there was a conspiracy to search forsomeone who can be used to placate the north and in particular, the north east.

“And from my experience of how these things are being arranged in the history of Nigeria, remember we have been relevant in the politics of Nigeria since 1950.

“My calculation is that the game-plan is still on.
And you know that Kingibe is in a central position in the presidency and APC.

“I just don’t want to us to drag Nigeria from one bad choice to another. In 2015, we said ’anyone but PDP and Jonathan. We got APC and Buhari.

“And now, some people are saying anybody but APC and Buhari and they want to bring in Kingibe.”