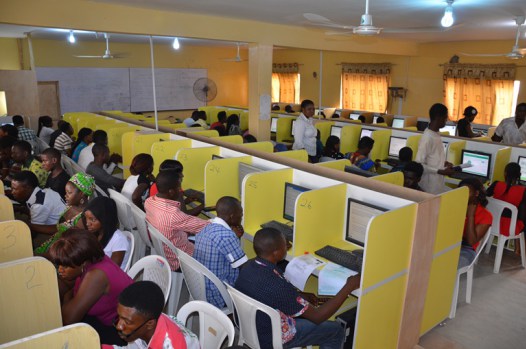 Admissions into law in Nigerian universities between 2011 and 2015 were led by Imo, Anambra and Delta states, according to JAMB figures.

The three states were the most consistent of all top performers for the five years.

They also dominated medicine and were amongst leading performers in engineering admissions — the three courses being amongst the most competitive in Nigerian universities.

Earlier analyses by PREMIUM TIMES, using data from the Joint Admission and Matriculation Board, showed that medicine and engineering were dominated by mostly South-east, South-west and South-south states. North-central states of Kwara and Kogi also made a good showing.

But for law, there is a new member of the pack: Benue state, which delivered a positive but brief performance in 2011 by coming fourth behind Imo, Anambra and Delta.

That year, the four states were followed by Ogun, Rivers, Abia, Edo, Osun and Enugu.

The data are for students admitted through test-based examinations conducted by JAMB. JAMB’s admission process is guided by merit, university catchment area and gives advantage to educationally-less developed states.

For law, while Imo had 739 students admitted into various universities in 2011, Anambra followed with 679 and Enugu was third with 593. Benue came fourth with 558 and Ogun was fifth with 488 students.

In 2012, some of the states again made the top five. Imo emerged first with 551 students, Delta followed with 476 and Anambra came third with 469, Rivers came fourth with 447.

That year, Abia placed fifth with 355 students admitted into Law.

In 2013, positions changed significantly, with Delta taking the first position with 683 students.

Ogun dropped to second with 419 while Imo dropped to third position with 415. Enugu was fourth with 363 and Osun took fifth.

For the first time in five years, Anambra slumped to sixth position.

Generally, the number of admitted law candidates fell compared to engineering and medicine.

Hassan Soweto, who coordinates a civil rights group, Education Rights Campaign, suggested one reason why admission into law faculties in Nigerian Universities has been falling is cost.

According to him, in most federal and state universities, students studying law are asked to pay tuition fees larger than what is charged for arts and social sciences.

“When the cost of law school is also taken into consideration, law education is rapidly becoming the preserve of the few rich. This ugly phenomenon will continue to be the case until public education is properly funded such that regardless of whatever course students apply for, access is opened to anyone whether they come from poor or affluent backgrounds,” he said.

The states with the least number of students admitted into law were FCT, Yobe, Zamfara and Jigawa.

FCT had the smallest number for four years with only 29 students admitted into Law in 2011.

Ola Adeosun, a lawyer, said it is essential for the federal government and civil societies to sensitise people from the northern states on the need for quality education.

“You will recall that there was a time that people from the South Eastern part of the country did not go to school, they believed so much in learning a trade under a principal and getting settled but the advent of Nnamdi Azikwe’s Eastern region education revolution changed the story.

“Although it was not successful at first, but they were able to sensitise the young minds on the importance of education,” Mr Adeosun said.

He blamed the political leadership in the north.

“The thinking of the elite is that there won’t be competition between their children and the children of the poor. Unfortunately, there has been a setback in the education sector especially with the incessant kidnapping of girls from that part of the country,” he said.

JAMB: Candidates with biometric issues to write 2023 UTME in Abuja