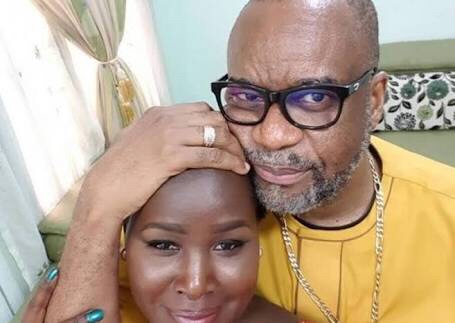 How would you describe fatherhood?

Personally, there is nothing like being a father because it keeps reminding me of my Heavenly father. It is not an easy assignment, but I see it as a privilege to be a father.

What has been your biggest challenge as a father?

The biggest challenge any good father faces is when your kids are not living up to your expectations. Everyone, including God, has expectations from people. God expects us that at a certain age, we should be able to do certain things. I believe that when we are not doing all those things, He is not happy.

How many children are you blessed with?

I have three kids, but spiritually, I have many kids. My first child is a boy, followed by two girls. I have two grandchildren.

I have always prayed to God to give me good kids. I didn’t care about the sex. This is a thing people should know about. For me, the important thing is for the kids to be taken care of because they are God’s gifts.

Were you scared when you wanted to start a family?

I got married quite early at 26. I was 28 when I had my first kid. At that point, I wanted to get married. I was not bothered about anything because I knew God was in charge. I have learnt in life never to worry about things I cannot control.

I cannot really say. I had completed university education and I became born again. If I was not saved by God, I am not sure I would have married when I did. When I gave my life to Christ at 25, everything about me changed completely and I had nothing else to do but to get married.

How did you meet your wife?

My late wife was working in a computer firm in Ikoyi, Lagos. We ran into each other on a particular day and we became good friends. After I got saved, she became my first convert to Christ.

Did your wife play hard to get when you showed interest in her?

Those days, women were not a problem for me and I had a very good relationship with women.

Were you in the labour room with your wife during the birth of any of your children?

I always didn’t want to experience it and I tried to avoid it. I couldn’t even follow my wife to the hospital to get an injection; I couldn’t imagine seeing her go through pains. I made sure I was not around whenever she wanted to give birth.