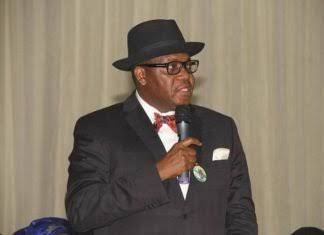 When the United States President, Donald Trump and his North Korean ‘peace-ally’, Kim Jong Un were planning for the just concluded historic bilateral summit, the question of venue was a matter of greatest concern. The stakes were high from the point of view of ambience, security and effect. So top political appointees, ranking diplomats and senior intelligence operatives weighed and assessed the suitability of tens of putative locations. These included such serene and high profile European capitals as Stockholm, Oslo and Helsinki Fortunately, I was privileged to have served as Nigerian Ambassador in all the places listed, few years back and attest that mankind has no better places to live than these. Undoubtedly, they boasts of some of the highest human development indices in the world. Geneva, regarded as ‘neutral’ and was mentioned is itself is sort of a second capital for most diplomats. Also mentioned was the Bohemian city of Prague, capital of Czech Republic, with its picturesque setting on the Vltava River and its rich historical monuments tells that it was once the epicentre of European culture and civilization. Prague was my first diplomatic post in 1983. Other places mentioned include the Mongolian capital Ulaanbaatar; the demilitarised zone between the North and South Korea; a location at sea like Jeju Island; etc.

Finally, they settled for South East Asian c ity of Singapore. Why? Because the city has some of the most modern physical infrastructures, exquisite scenic beauty and humanistic values in the world. By all standards, the island state is today considered one of the best places to live by any standard. It is very safe and has one of the world’s most successful economies and social circumstances. 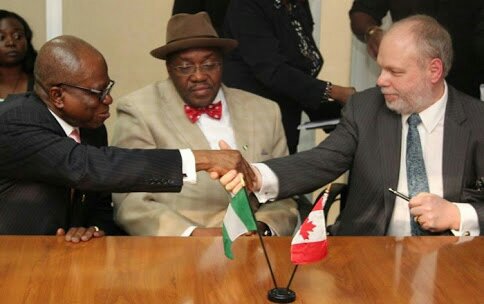 Interestingly, about sixty years ago, Singapore was at par in terms of level of development and human wellbeing with African cities such as Lagos, Accra, Lusaka and Mombasa. Lee Kuan Yew its pioneer President and celebrated legend whose memoirs ‘From Third World to First: The Singapore Story – 1965-2000’ aptly captures the course of the country’s indescribable transformation and total metamorphosis. Like many other erstwhile colonial territories, this island country attained its independence in 1965 after separation from Malaysia and from erstwhile British imperial rule. This was eight years after Ghana, seven years after Guinea, five years after Nigeria, five years after Cameroon, one year after Zambia, etc.

It is instructive to state that British colonial policy thrusts did not at any time, place Singapore above other colonial possessions. So the internal political dynamics of diversity, the brittle economic outlook and the derisory social circumstances of the country were same as the rest of the countries under colonisation at independence. So at the time of birth of Singapore, the lots of the country were similar or actually bleaker than most African, Asian and Latin American countries.

Indeed, Singapore and some of its neighbours such as Malaysia, Indonesia, Philippines, South Korea, were all fragile, agrarian and socially backward countries, with very scant natural resources. The indices of human development for Singapore were indeed more parlous, than Nigeria. For example, as at the time of independence in 1965, the GDP per capita of that country was $516. Most of the population at that time was rural and peasant. Today, the GDP of Singapore is $296 billion while the per capita income of $87,000 is 4th highest by global standards. Its life expectancy of 82.6 years; tops almost all other countries.

Going westwards, the 1960s also represented for most of the countries of the Middle East an era of decolonization as new nation states emerged against the backdrop of absence or total obsolesce of infrastructural development and human wellbeing policies. While Islamic scholarship was entrenched, the new yardstick of access to western educational attainment and scholarship was virtually absent. In the four Gulf States of Kuwait, Qatar, Oman and United Arab Emirates, there were virtually no western styled universities until the 1970s. But all that has changed nowadays.

A combination of deliberate economic liberalization, and economic integration policies amongst themselves, brought about ease in labour migrations and economic diversification. This helped ensure a more remarkable use of windfalls from oil revenues. By the 2000s, the Gulf States began to emerge amongst the best locations in the world in terms of quality of life and human wellbeing. For example Dubai, the main commercial city of UAE is a foremost destination and innovative hob. Its GDP per capita at present is $25,000 while the size of its economy which stands at $107 billion compares ably with many great capitals of the world.

Going to Latin America, about 200 years of political independence in most of the countries did not easily translate into emergence of viable modern states. Rather the countries in that region remained the backwaters of their big neighbour, United States for many generations. However all that have changed in recent times. For once, nations such as Brazil, Mexico, Argentina and Chile are now fairly well advance. Brazil’s GDP is over $1.9 trillion, which is quite close to the figures for Britain, Germany, France and India. The physical outlook of many of these countries is upbeat while their citizens live almost as decently as people in Western Europe. That is why sometimes, social economists refer to them as ‘Second World’.

The case of Israel is a pronounced spectacle and near wonder. From 1948 when the country emerged as the newest member of the international community at the time. Against the greatest vicissitudes of state building, Israel today leads the world in most aspects of human progress and social security of its citizens. Its GDP of $320 billion is huge and per capita income of $37,000 is amongst the highest in the world.

Let us come closer home. When South Africa, gained independence from the stranglehold of Apartheid, going by the existing contradictions, many predicted that anarchy, civil war and internal implosion were imminent in a matter of years. Gladly, the doomsayers have so far been proven wrong as the country has enjoyed relative stability, peace and economic boom. With GDP standing at over $280 billion in 2017, its per capital income of $5,300 is by far the highest in Sub-Saharan Africa, safe for places such as Botswana and Rwanda where very low demographics have bolstered human wellbeing.

These countries have, in various ways, experienced real growth, human progress and global acclaim. Increasingly common knowledge has shown that such factors as huge resource endowment played marginal or no role at all in all these cases. Similarly they have shown that what has been achieved was not as a result of special angelic visitation or divine approbation. Even if God helped, their they have moved ahead as an outcome of deliberate human activities and sound economic policies. Brining to bear the saying that “heaven helps those who help themselves”.

In other words, nation builders inspire followership of men and women of their generation to bring about true national rebirth and renewal. Such nation builders are persons of character, good conscience and courage. They are persons who are able to rise above the subliminal debilities of nepotism, parochialism, ethnicism, vengefulness and primitive accumulation. They are made of sterner stuff which enables them lead whole generation of citizens to imbibe the virtues of hard work, selflessness, orderliness, patriotism, etc. They lead by example, living by what they preach and thereby earning true followership devoid of sycophantic exuberance.

They are often very fair, just and altruistic; carving out for themselves true national patrimony in the hearts of all. Where necessary as were the cases of Israel, Rwanda, and South Africa or as experienced in the Balkan States, nation builders and transformational generations have led their people through creative essence of forgiveness and forbearance; amidst very painful experiences.

The truth is that world leaders who have brought great progress and social peace to their countries are themselves morm mortals. As a matter of fact, such persons as Deng Xiaoping of China, Lee Kuan Yew of Singapore, Mahathir Bin Mohamad of Malaysia, Fernando Henrique Cardoso of Brazil, Muhammad Suharto of Indonesia, Sheik Zayed bin Sultan Al Nahyan of UAE, Paul Kagame of Rwanda, and Festus Mongae of Botswana could even be found in our own society.

Nigeria has actually experienced modicum of growth and economic expansion during the past few years. Stability in democratic governance in the past nineteen years has been an enabler and hopefully should continue to remain so; sustainably m. However the actual play of politics, which ordinarily should be seen as a game, still remains dirty, deadly and dreadful. Several of the main political actors are ‘caudistic’ – a political doctrine of crass warlordism which kept Latin America in whimsical instabilities for hundreds of post colonial decades. So ethnocentrism and nepotism rather than meritocracy are still a vital factors in leadership recruitment and resource allocation in Nigeria.

On a very positive note, our economy grew to a total volume of $568 billion in 2014, making it the continental economic powerhouse. However existential conditions and life generally remains woeful and pitiable as hunger and want are commonplace. The seeming economics have continued to remain at variance with human security and wellbeing as nominal GDP per capita is still as low as $1,994; at same level with most of the poorest countries in the world. Life expectancy in Nigeria, remains as low as 53.4 years for men and 55.6 years for women. Sadly enough, Nigeria still has one of the highest mortality rates in the world.

Lee Kwan Yew’s memoirs and the enviable place which nations such as Singapore enjoy simply reminds us that a generation of leaders can totally alter the fortunes of a nation and take them on a quantum leap into the future. What is needed is sacrifice, selflessness and dedication. Additionally, conscious realization of a date with history as national builders rather than being deluded by ephemeral addulations and ovations by praise singings. As a generation we must redirect our energies positively and covenant in out hearts to build a new nation. Our attitude must be ENOUGH IS ENOUGH. If we do things appropriately, we will be able to witness a Nigeria which will be the delight of our children and, like Singapore, a place that would be of highest global reckoning in our own life time; perhaps at the twilight of our lives.