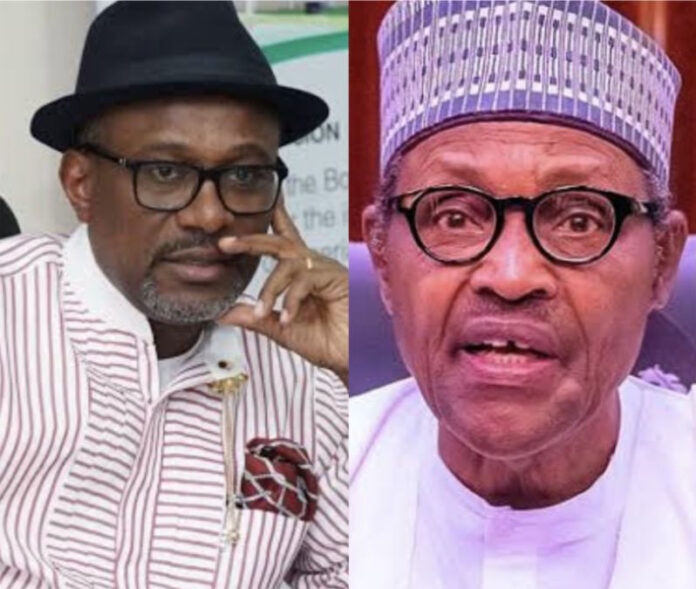 Ijaw youths from the nine Niger Delta states under the auspices of the Ijaw Youth Council (IYC) worldwide, on Sunday, expressed satisfaction with the Executive Secretary of the Nigerian Content Development and Monitoring Board (NCDMB), Engr. Simbi Kesiye Wabote.

The youths commended Wabote for the completion of the Nigerian Content Towers, creation of $350M Integration Fund, promotion of local content, training and empowerment of thousands of Nigerians, among other numerous achievements of the board under his watch.

The IYC in a Statement obtained by NAIJA LIVE TV and Signed by the National spokesman, Comrade Ebilade Ekerefe expressed dismay over recent publications alleging “perjury and other charges” against the NCDMB boss, noting that they are sponsored by Wabote’s naysayers who are threatened by the rising global profile and achievements in the oil and gas sector.

According to the statement, “He (Wabote) ensured that the NCDMB Corporate Headquarters located in Yenagoa, the capital of Bayelsa was completed and commissioned. Also, the board ensured the investment in the composite cylinder factory, completion of 10MW power plant, the establishment of FPSO integration facility, initiated project 100 initiative, construction of oil and gas parks scheme and the creation of US$350M Integration Fund.

“For us, who are focused and believe in our own, Wabote’s activities in the oil and gas industry have re-affirmed Nigeria’s “Giant of Africa” position in the continent with the enabling 50 percent domiciliation of $12billion NLGN Train 7 project, promotion of African Local Content and the introduction of Nigerian Content 10-year strategic road map.

“Most importantly, thousands of women and youths from the entire states of the region have benefitted from training, skill acquisition, empowerment and human capacity development from the vision and upright posture of NDCMB under Wabote.

“Despite the fact that we are not politicians, but activists interested in performance, achievements
and development, the NCDMB under Engr. Simbi Kesiye Wabote has attained 70 percent of Nigerian Content in the oil and gas industry.”

IYC also expressed dismay over recent publications alleging “perjury and other unfounded charges” against the NCDMB boss, noting that they are sponsored by Wabote’s naysayers who are threatened by his rising global profile and achievements in the oil and gas sector.

“The Ijaw Youth Council Worldwide wants to put it on record that Engr. Simbi Kesiye Wabote is our son. And we are proud to stand up anywhere to defend his honor as a hardworking, committed and upright Ijaw Man.

“We will resist any attempt by these symbols of corruption to sponsor smear campaign against his persons and years of achievement visible even to the blind in the country, and indeed the African continent.

“Ijaw Youths call on those known dissident Niger Deltans who have become tools in the hands of those corrupt elements and specialists in the “Pull-Him-Down” sector to stop or we move all out to make life unbearable for them in their home and community.

“It is even shocking for an acclaimed indigene of the region to allow himself be used as a “Judas” to bring down a man of impeccable character such as Engr. Simbi Kesiye Wabote!

“Jackson Ude and Timi Frank should desist from these acts. Even though we know it is their stock in trade to blackmail leaders from this region for pecuniary gains,” the statement reads in part.

IYC stated that instead of calling for the sack of Wabote, the former Deputy Publicity Secretary of the ruling All Progressives Congress (APC), Timi Frank and his co-travellers should praise the NCDMB boss for not succumbing to blackmail by “a known blackmailer and extortionist.”

Ekerefe, in the statement, hinted that IYC will stage a peaceful protest to warn those involved in the allegations against Wabote to desist or face the wrath of Ijaw youths in the oil-rich Niger Delta region.

“This is a political year, politicians should face their politics and leave the technocrats to continue with the technical aspects of keeping the Niger Delta and Nigeria together through policy framework in the oil and gas sector,” IYC declared.

The group called on President Muhammadu Buhari not to allow “these sponsored attacks on Engr. Simbi Kesiye Wabote to stand. President Buhari should by now know the likes of Timi Frank and Jackson Ude.

“They want to blackmail one of Niger Delta and Nigeria best on the platter of sustaining their corrupt practices. Ijaw Youths will never allow corruption win where men of upright and good standing sway!”