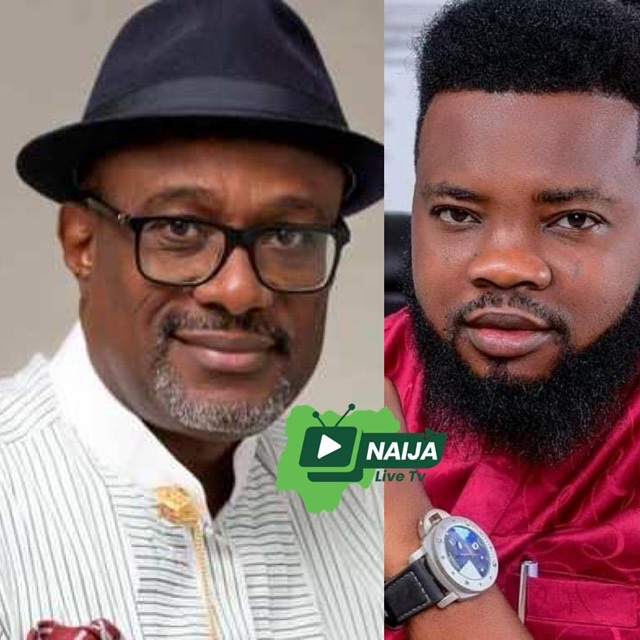 Operatives of Department of the State Security (DSS) has arrested a Bayelsa based journalist,Ogidi Ben Bara, over allege controversial libel suit involving the Executive Secretary of the Nigerian Content Development and Monitoring Board, Simbi Wabote and the publisher of the Point Blank News, Jackson Ude.

Bara Ben Ogidi, 37 years old from Fonibiri community in Southern Ijaw LGA of Bayelsa state is the publisher of the track News. He also served as Senior Special Assistant (SSA) under the administration of Former Seriake Dickson administration in Bayelsa State.

The DSS operatives, numbering Fifteen stormed his residence on Sunday morning and arrested him in the presence of his wife and children to an unknown destination.

Mr. Mie Ogidi, the senior brother to the arrested publisher, who confirmed the development to NAIJA LIVE TV on phone, said that his wife called him that the men were dressed in Black top and brown trousers and armed with guns.

While the senior brother,Mie Ogidi, who also work with the Nigerian Television Authority (NTA) in Abuja, could not confirm reasons for his brother arrest,

some of his colleague at the Track News claimed the DSS arrest was carries out on the order of the Director General of the DSS on the request of the Minister of State, Petroleum, Timipre Sylva and the Executive Secretary of the Nigerian Content Development and Monitoring Board, Simbi Wabote.

Mie Ogidi however confirmed that the mobile phones of his arrested brother is switched off since the arrest.

NAIJA LIVE TV Further investigations revealed that the arrest may not be unconnected with a publication by Bara in which he berated Wabote for attempting to use their personal conversations as evidence in his defamation case against Jackson Ude, a U.S based investigative Journalist at a U.S Court.

Wabote had tendered Whatsapp messages between him and Bara at the U.S District Court in Pennsylvania suggesting that Bara and Ude are being used by opposition politicians to blackmail him and publish negative articles against him.

Bara was reported to have denied the allegations and wrote an apology letter to Mr. Ude for the embarrassment the whatsapp messages between himself and Wabote may have caused him.

Sources claimed that the apology letter to Mr. Ude by Bara, which was published on the Track News platform was considered embarrassing to some powerful persons involved in the suit.

Security sources however revealed that the DSS are making preparation to move him to the Abuja,the DSS headquarters.