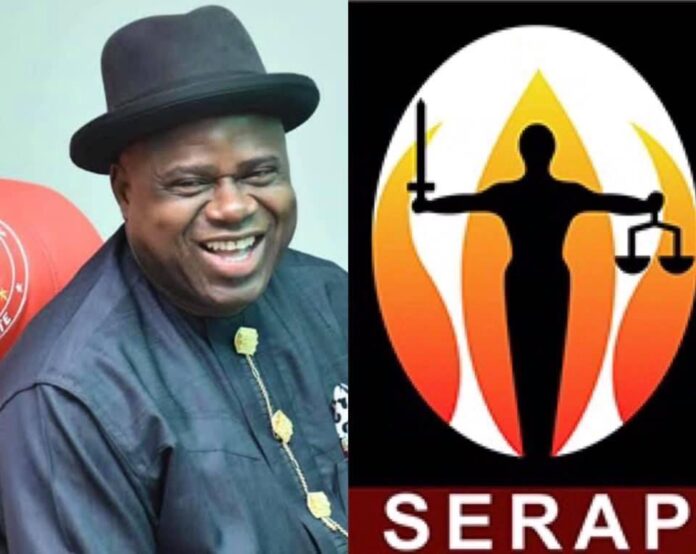 The Social Economic Rights And Accountability Projects SERAP has said it is auditing Projects in Bayelsa State. This is coming against the background of reports of massive fraud especially over-inflation of contract values amidst poor execution of projects.

SERAP which is dedicated to promoting transparency and accountability in the use of Nigeria’s natural resources vows to bring culprits to trial before the anti-graft agencies in Nigeria. In Bayelsa State, Seven main projects have been earmarked to be audited in the next three months include:
▪ The Bayelsa State Int’l Airport,
▪ The Diagnostic Centre,
▪The Sagbama-Ekeremor Road,
▪The University of Africa,
▪The Bayelsa specialist Hospital,
▪The Opolo-Bayelsa Palm Road, and
▪The AIT-Igbogene Road.

Let it be noted that concerned Bayelsans have reported that whereas the sum of forty-five billion (N45billion) was used to build the airport, the figure has been fraudulently adjusted to Eighty-five billion (N85billion). Such a large scale fraud is a disservice to the State. The report asserted that the same financial malfeasance permeated most of the development projects in the State.

We believe that Nigeria’s natural resource base should be used to meet the basic
needs of its population. We are committed to increasing the legal protection for internationally recognized economic, social and cultural rights, and to securing respect for these rights.

We owe Bayelsans a duty to expose misappropriation of funds, which deprives the people of their right to decent living, SERAP added. As we fight to protect the social economic and cultural rights of Nigerians, we have vowed to bring corrupt people and institutions to book, SERAP reiterated!