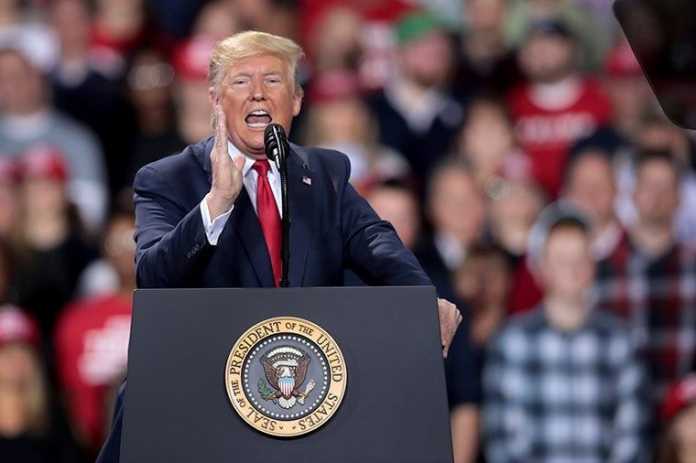 The United States President, Donald Trump who has been acquitted by the Republican-dominated Senate of all impeachment charges celebrated his victory with a short video displaying Trump “4EVA”.

The US President, Trump, well-known for his vast use of Twitter to communicate his statements, few minutes after the Senate votes result published the short video.

Despite being confronted with strong evidence, Republicans stayed loyal and mustered a majority of votes to clear the president of the two charges levied by the Democrat-dominated House — by 52 to 48 on the first, 53 to 47 on the second — falling far short of the two-thirds supermajority required for conviction.

“Is the respondent, Donald John Trump, guilty or not guilty?” Supreme Court Chief Justice John Roberts, who is presiding over the trial, somberly asked the lawmakers as the chamber began voting on the first charge.

“Two-thirds of the senators present not having pronounced him guilty, the Senate adjudges that respondent Donald John Trump, President of the United States, is not guilty as charged,” the Supreme Court Chief Justice said after the cast of votes.

Trump fires EU Ambassador Gordon Sondland, Alexander Vindman & his decorated twin brother in US army as revenge for testifying against him during impeachment...

US VISA BAN: 84yrs Nigerian Ambassador to US Visits Donald Trump? Another Lifeless

US Senate Saves Trump From Impeachment, Acquits Him Of Charges

Trump Snubs Pelosi’s Handshake During State Of The Union Address

Why We Banned Nigeria, And Other Countrirs – Donald Trump Full Statement