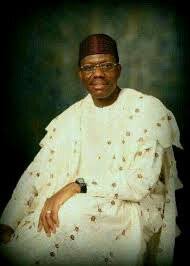 Ahead of the 14th July, 2018 governorship election, the Mega Party of Nigeria (MPN) and Peoples Alliance For National Development and Liberty (PANDEL) have formed an alliance which will see both parties present a joint candidate in Chief Bisi Omoyeni as their candidate for the election.

A statement issued by Hon. Ebenezer Alabi, the Zonal Vice-Chairman, South West said under the arrangement, Omoyeni, who was PANDEL candidate for the governorship election, will now run on the platform of MPN.

In what observers say was a strategic move to form a broad-based coalition ahead of the election, Omoyeni on Saturday in Lagos met with the national leadership of MPN and PANDEL as well as Peoples Democratic Party (PDP) lawmaker, Senator Buruji Kashamu, who is said to be in consultations with MPN with a view to working together ahead of the 2019 general election.

Kashamu was a strong supporter of the outgoing Governor of Ekiti State, Mr. Ayo Fayose before they fell apart over irreconcilable political differences. 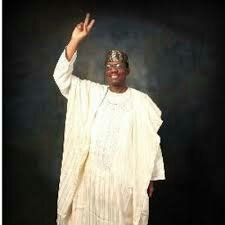 Prominent political leaders who accompanied Omoyeni to the meeting were former Speaker of the Ekiti State House of Assembly, Rt. Hon. Dele Olugbemi; the former Political Adviser to Fayose, Alhaji Demola Bello; the National Chairman of PANDEL, Chief Adah Lewis and Dr. Kola Adejumo, among others.

It would be recalled that Omoyeni, who hails from Ikere-Ekiti in Ekiti South Senatorial District, was a former Deputy Governor of Ekiti State and Group Managing Director of Wema Bank.