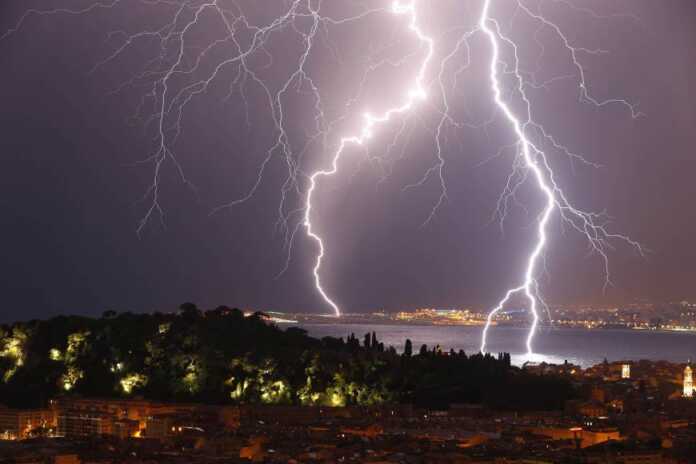 Tragedy on Wednesday truck in Imiringi community of Ogbia Local Government area of Bayelsa State following the striking to death of a Junior Secondary School 1 pupil identified as Stephen Akanama by lightning during a football match under the thunderstorm.

He is a pupil of Matha Day Secondary school located at Immirrigi.

NAIJA LIVE TV gathered that the deceased, who is from Kolo community and residing with his Aunty at Imirringi, was in company of his age mates when the lightning struck him dead.

A community source told NAIJA LIVE TV that the deceased was trying to retrieve the ball from across the land used as football field when he was struck by the lightening. The deceased and his age mates were reported to be playing football behind a popular drinking bar known as Blue Bar and owned by one Opiko.

A close family source told NAIJA LIVE TV on telephone that the deceased was indoor all through on Wednesday until the heavy rainfall,” a woman rushed to the house to tell us that our brother is dead. I could not believe it and rushed to the scene. Upon sighting him on the ground, we rushed him to Christ the King hospital and he was confirmed dead on arrival.”

Contacted on the development, the spokesman to the State Police Command, Asimin Butswat, said the incident has not been reported at the Kolo Divisional Headquaters that is covering the area.