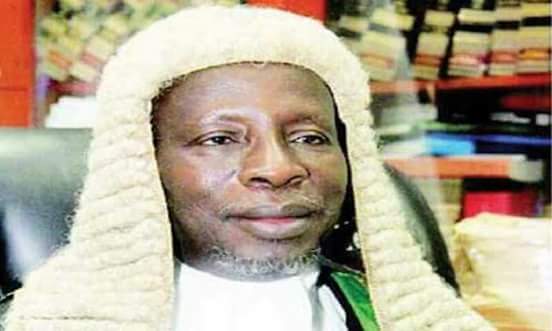 Nine months after he was first sworn in as acting Chief Judge of the Federal High Court, Abdul Kafarati has been sworn in as the substantive chief judge of the court.

He was sworn into office by the Chief Justice of Nigeria, Walter Onnoghen, with a brief oath taking ceremony at 2 p.m. on Tuesday.

Mr Kafarati assumed office as acting chief judge following the failure of Mr Buhari to forward his name to the Senate ahead the end of Mr Auta’s tenure, as rrequired by section 250 (4) of the constitution.

Speaking during the swearing in ceremony, Mr Onnoghen urged the new chief judge to be optimistic about moving the judiciary to its desired position in Nigeria’s democracy.