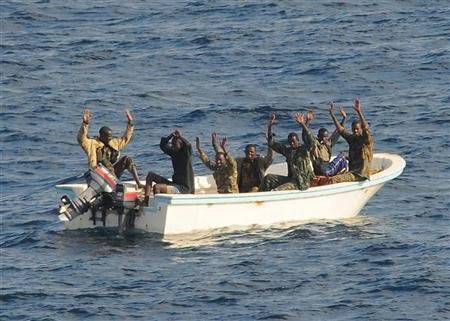 Three soldiers attached to the Operation Delta Safe (ODS) and a suspected sea pirate were on Sunday killed during a shoot out at the Tunu flow station owned by the Shell Petroleum Development Company (SPDC) in Letugbene community of Ekeremor Local Government Area of Bayelsa State.

According to the report, the support out occurred during an attempt by the suspected armed sea pirates in four boats to invade the Tiny flow station where the soldiers are stationed.

Leadership gathered that the incident, which occurred in the early hours of Sunday at about 6am.

Attempts to get the medicine officer to the 16th divisional brigade of the Nigerian Army failed as his phone was switched off.

But a security Source told leadership that the incident claimed four persons including three military personnel.

He said though he could not ascertain the identity of the Armed youths, “the soldiers were deployed to guard the SPDC flow station in the area. They engaged the youths in a shootout while trying to stop an invade of the flow station. ”

Although community sources could not be reached over the development, the Armed invasion may not be unconnected with the conflict between the indigenes of Letugbene community and the Shell Petroleum Development Company over the ownership recognition of the Tunu Flow station.

It would also be recalled that on July 30, 2012, the Bayelsa State High Court, sitting in Yenagoa and presided over by the Chief Judge of the state, Justice Kate Abiri, entered judgment in favour of the Letugbene community against SPDC and others in the suit No; YHC/31/1994.

The court declared Letugbene community as owners of all the lands and areas bordering the Tunu Flow Station location operated by SPDC after more than 18 years of trial.

The appeal filed by SPDC at the court of Appeal, Port Harcourt, Rivers State, was however dismissed for want of prosecution on June 11, 2013, sequel to the community motion filed by its counsel, Nnamdi Ugwuka, with motion No; CA/PH/297m/2013, at the same Appeal court in Port Harcourt,