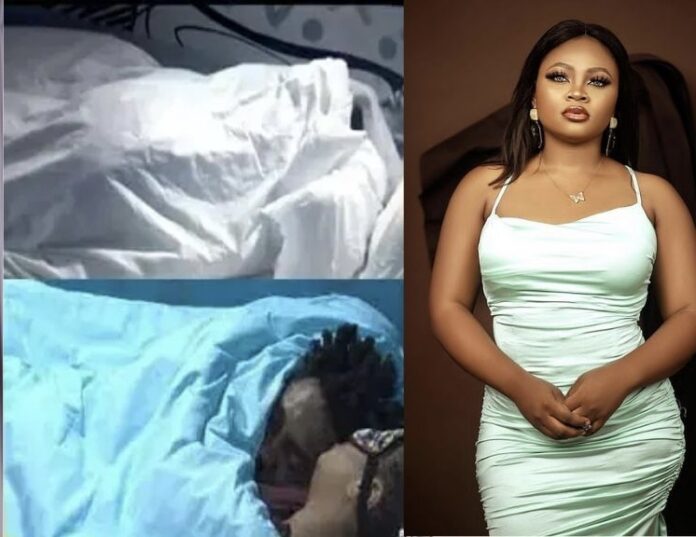 Her Eviction was announced by Ebuka during the seven BBNaija Shine Ya Eye Live show, held on Sunday.

Her journey in the ‘Shine Ya Eye’ house came to an end on Sunday night, September 5, after they pulled the lowest number of votes for the week.

This makes it the fourth eviction since the sixth edition of the show commenced on July 24.

The first eviction led to the exit of Yerins, Niyi, and Beatrice from the house while Arin and Princess were also sent packing from the show during the second eviction.

Also, JMK, Sammie and Maria sent packing from the show during the third eviction.

A grand prize of N90 million, which is the highest in the show’s history, will be handed out to the ultimate winner.

Tega, a married woman was recently in the News for allegedly sleeping with another housemate. After her eviction this evening. She was ask what she misses while on the competition. She reply “I missed my Husband”