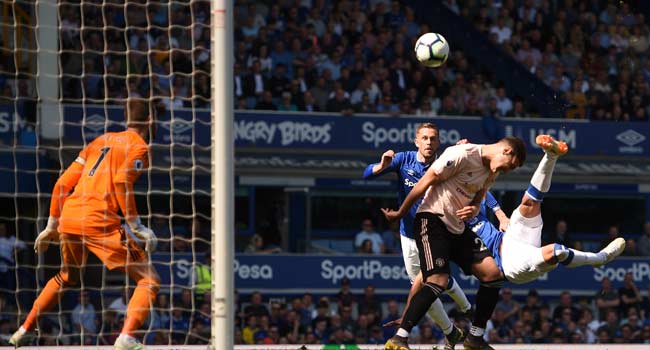 Manchester United’s hopes of Champions League football next season suffered another huge blow as Everton romped to a 4-0 win at Goodison Park on Sunday.

A sixth defeat in eight games in all competitions for Ole Gunnar Solskjaer’s men means they remain two points adrift of the top four in sixth.

Everton, chasing seventh, which could provide a route into next season’s Europa League, made a flying start as Richarlison and Gylfi Sigurdsson struck inside the first 28 minutes.

United could easily fall five points off the Champions League places should Arsenal beat Crystal Palace at home later on Sunday and Chelsea win when they host Burnley on Monday.

Solskjaer’s task in turning United’s fortunes around does not get any easier as title-chasing Manchester City visit Old Trafford on Wednesday.