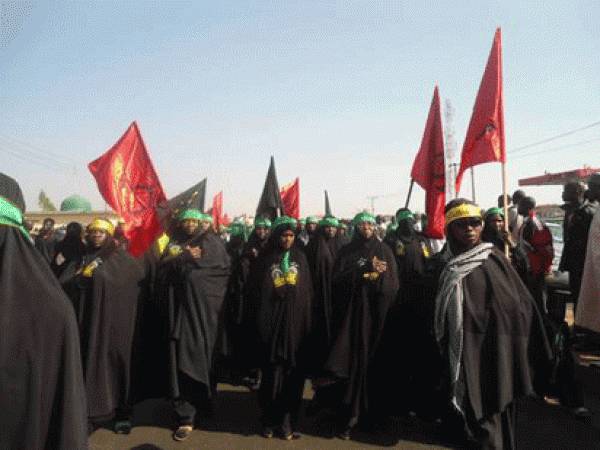 The Police Command in Kaduna on Wednesday said the Islamic Movement in Nigeria (IMN) also known as Shiite, attempted to bomb some parts the state.

It insisted that the IMN is not a legal organisation in the state as the body has been proscribed.

Austin Iwar, Commissioner of Police in the State disclosed this in a statement signed by the Police Public Relations’ Officer ASP Muhktar Aliyu, in Kaduna.

“Therefore persons parading themselves as members of the group and especially disturbing the peace shall be treated as criminals and dealt with accordingly,” he said,

“Today at about 12:15 hour, a group of violent miscreants of the disbanded IMN armed with guns, knives and Improvised Explosive Devises (IEDs), disturbed the peace of Kaduna metropolis along Katsina-Kano road by attacking and injuring police officers deployed to prevent crime and keep peace in the state.

“Their criminal action which was immediately brought under control resulted in panic and disruption of lawful activities of law abiding Nigerians in the area.

“The command has deployed strategies to fish out the perpetrators and deal with any emerging threats to disturb the peace.

“The command remains resolute in crime fighting and warns that lawless persons or groups will be dealt with decisively on any attempt to breach the peace of the state in accordance with the law.”