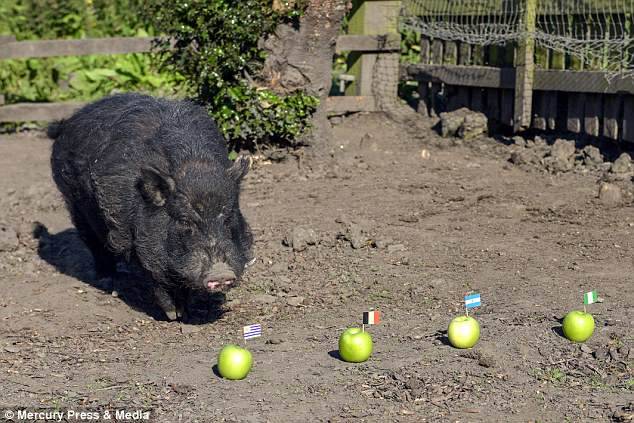 The psychic pig has a history of sniffing out winners – and is hoping to continue his unbroken record for this summer’s World Cup.

Mystic Marcus has a 100 per cent track record of predicting sports results according to his owner Juliette Stevens. 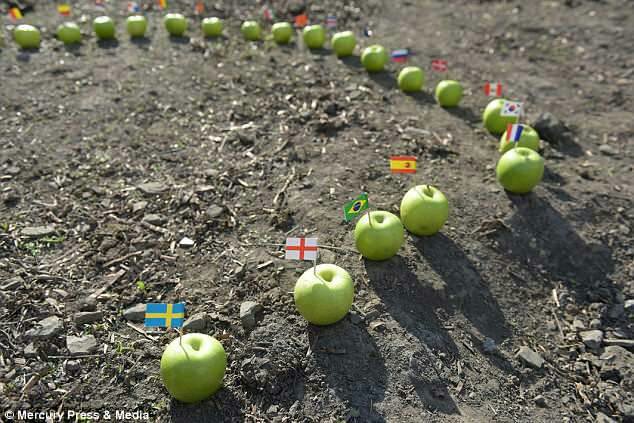 The black micro pig had previously guessed the winner of the 2014 World Cup and the Wimbledon tennis finals by picking apples.

And the eight-year-old prophesier even predicted Brexit and that Donald Trump would win the US presidential election. 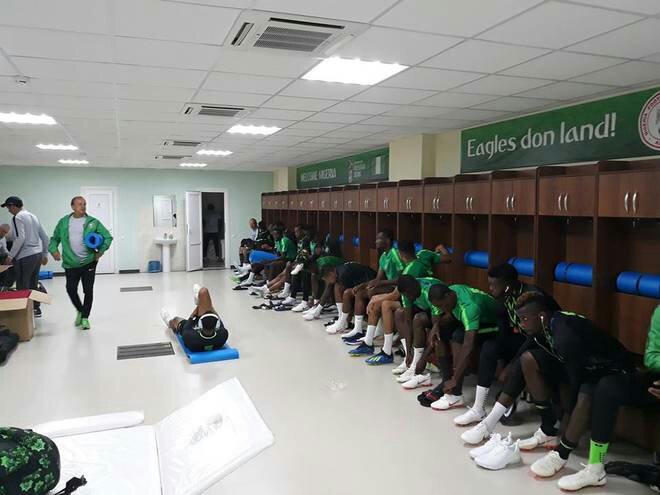 Now Mystic Marcus is putting his skills to the test once more by forecasting the semi-finalists for this summer’s World Cup in Russia.

With bad news for England fans, Mystic Marcus expects Belgium, Argentina, Nigeria and Uruguay to make it through.

Farmer and micro pig breeder Juliette from Heage, Derbyshire, said: ‘Marcus is the seventh child of a seventh child and apparently they’re gifted with special powers so maybe that’s where it comes from.

‘A few years ago I was invited on a radio show because of Paul the octopus predicting results and they wanted to see if I had any animals that had the ability.

‘I hadn’t tried the seventh child theory out so thought I’d give it a go.

‘They used apples and oranges and Marcus predicted the football results, it was amazing.’

Juliette, 50, said after that first result they changed the method to make it more scientific.

Now Mystic Marcus, who has about 30 children and grandchildren, will pick from apples of a similar size and colour to make it as fair as possible.

The apples will include markers – such as pictures or flags – and Marcus will gobble down the winner.